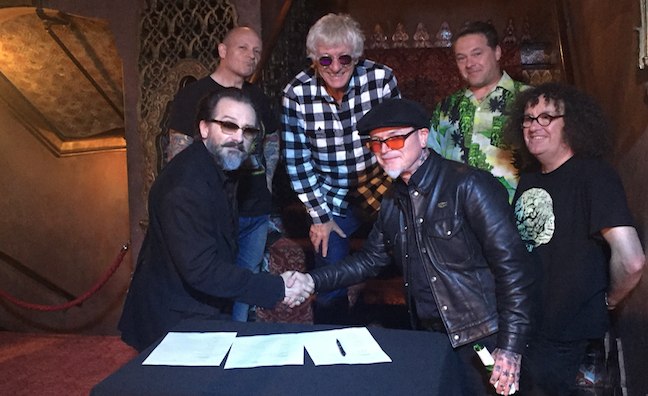 UK punk icons The Damned have inked a new deal with Raw Power Management imprint Search And Destroy for the release of their upcoming new album.

A joint venture with Spinefarm Records/Universal, Search And Destroy will release the band’s first album in almost 10 years – the follow up to 2008’s So, Who’s Paranoid? A release date and title are yet to be confirmed but Music Week understands the record is likely to drop towards the end of the year.

Despite being signed to a Raw Power imprint, The Damned are not under the company’s management. They are currently under the stewardship of manager Jamal Chalabi.

Craig Jennings, founder and CEO of Raw Power Management said, “The Damned are one of my all-time favourite bands and a massive influence on my own musical worldview. Their impact on subsequent generations of bands cannot be underestimated and we are looking forward to releasing their first new album for almost a decade.”

Chalabi added: “There was so much enthusiasm from the guys at Search and Destroy for working with The Damned that we had no hesitation in signing to the label. They are passionate music fans who run a successful, global business and I have no doubts they will do a great job on this new album.“

You can read our exclusive interview with Jennings about the label’s plans for the band in the new issue of Music Week, out now.