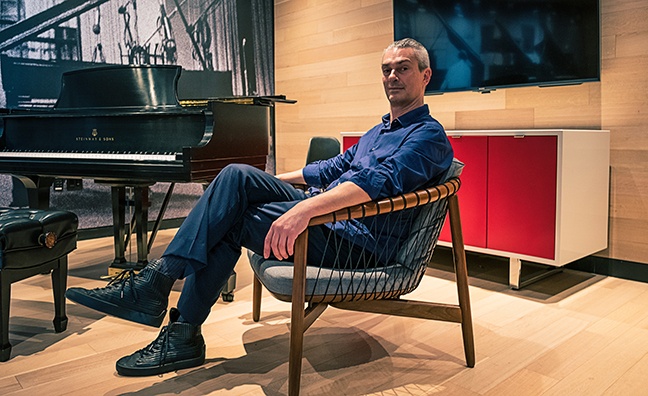 In the latest edition of issue of Music Week, we catch up with Ultra Music’s Patrick Moxey, Empire Artist Management’s Neale Easterby and legendary producer DJ Premier to find out all about the rebirth of classic NY hip-hop label, Payday Records.

First established in 1992 as a spin-off of Moxey’s legendary New York night club of the same name, among the label’s claims to fame was releasing Jay-Z’s first ever single. Other notable releases included two singles from a then unknown Yasiin ‘Mos Def’ Bey as part of his group UTD (Urban Thermo Dynamics), plus acclaimed albums such as hip-hop duo Group Home’s first outing, Livin’ Proof, and Jeru The Damaja’s debut The Sun Rises In The East.

Revived by Moxey late in 2017 to celebrate Payday’s 25th anniversary, the label re-established itself by signing DJ Premier – who, alongside his work with Gang Starr, previously acted as Payday talent magnet and beatmaker – to a four single deal. Payday’s first offering was Premier’s brilliant track with A$AP Ferg, Our Streets – which has hit over two million streams on Spotify and three million views on YouTube. But this time around they’re looking further afield than New York to make an impact.

In the new interview, Moxey, Easterby and Premier reveal the ambitions of Payday Records 2.0, and how they are planning on making an impact with a combination of integrity and global reach. Here Moxey takes us further inside the phenomenal rebirth of an iconic hip-hop brand…

Rewinding the clock, what was your original vision for Payday back in 1992?

“I just wanted it to be authentic to the music itself by working hand-in-hand with Premier on the records he did for us then, like Jeru and Group Home. How cool that we started up with him and a great record with A$AP Ferg. We have a lot of momentum building. It’s a long-range goal, we want to develop naturally, organically and grow into something great. It’s really exciting. It’s, let’s say, six months here, and it’s really different because we are still a New York-focused label, but now we’re able to include great hip-hop from other places in the world.”

Is it safe to say that individual songs are the focus at the moment for Payday?

“That’s the nature of the world we live in. Streaming is king. Having songs that are interesting is the most important thing, and having the visuals to match. If you check out the Payday YouTube channel, you’ll see a lot of interesting visuals starting to come through. It’s just the beginning, there’s a lot more to come.”

We're still a New York-focused label, but now we’re able to include great hip-hop from other places in the world

What’s the biggest challenge of running a hip-hop label in 2018?

“You’ve still got to buy into an artist for the substance, the charisma and what they stand for. There’s a lot of stuff today that just comes and goes. There’s a lot of stuff that happens very quickly and disappears even quicker. I think with us, we want to work with solid artists that will grow and just continue with their art and statements from album to album, single to single. It’s a real brand we’re building. I feel good about the artist we’re bringing forward, Radamiz has a lot of talent, so does Yung Fume – he has a ton of talent. In a way, you can’t go wrong by having great music and great visuals. I think it gives us more flexibility to have a solid base and foundation and then we can also do other types of things too, but it’s always coming from a place of respect for what hip-hop is all about."