'They are mainstays of the label': James Bass and Sarah Hall promoted at RCA 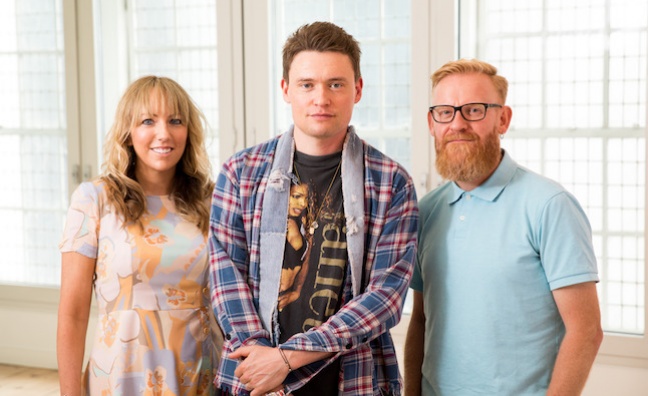 RCA president David Dollmore has announced promotions for a pair of key executives at the label.

Bass’ new role marks a significant evolution in music promotion as he is now responsible for playlisting at digital streaming services as well as plugging national radio.

Dollimore said: “James and Sarah are two of the most talented and respected executives in the business; they are mainstays of the label and have delivered time and again for RCA. It’s always good to be able to promote great people from within the ranks. I’d like to congratulate them on their richly deserved promotion and look forward to working on many more hits with them.”

The latest promotions follow a raft of appointments last month – revealed exclusively in Music Week – that Dollimore said will “define the future of the company”.

Bass joined the promotions team at RCA in 2013 as senior national radio plugger at the label, which has enjoyed ongoing airplay success. He has worked on artists including Justin Timberlake, Beyoncé, MØ, Pharrell Williams, Yungen, Meghan Trainor, Zayn and Paloma Faith, who scored her first No.1 album last year.

“I am very excited that RCA have given me the opportunity to take promotions in a new direction," said Bass. "Working with RCA’s strong and diverse roster, both domestic and international, I look forward to leading the charge for streaming and radio.”

I look forward to leading the charge for streaming and radio

Prior to RCA, Bass was at Polydor for five years, during which time he worked his way up from radio plugger to head of national radio and oversaw artist campaigns including Eminem, Lady Gaga and Ellie Goulding.

She said: “It’s a real pleasure to work with the brilliant team at RCA. I am looking forward to leading the RCA publicity department through the ever evolving media landscape and delivering stellar campaigns for our artists.”

To read the exclusive interview with David Dollimore pick up the latest issue of Music Week – or subscribers can click here. To Subscribe and never miss a big industry story click here.