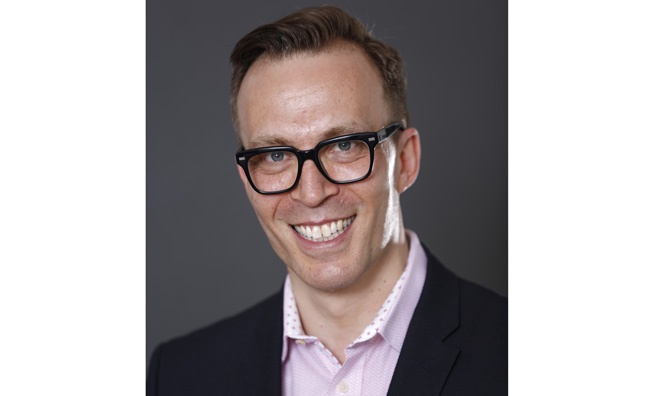 Universal Music Group has named Graham Parker president of its US classical music labels, part of the Verve Label Group.

Parker (pictured), known as general manager of leading US classical radio station WQXR and a 2016 Peabody Award winner for the Q2Music podcast, will oversee the likes of Deutsche Grammophon, Decca Records, Decca Classics, Mercury Classics, and distributed label ECM in his new role.

He will be based in New York and report jointly to Dickon Stainer, president and CEO of Global Classics for Universal Music Group, and Danny Bennett, recently appointed president & CEO of Verve Label Group.

Parker will develop digital strategies to bring US Universal artists to the widest audiences possible, deepen relationships with the leading ensembles and venues throughout the US, and explore new business opportunities. He commented: "I’ve devoted my life to classical music and bringing this incredible genre to as wide an audience as possible. The opportunity to not only join the legendary catalog of Deutsche Grammophon and Decca, but to also be on the forefront of identifying the classical superstars of tomorrow, was too incredible to pass up. I’m humbled by this opportunity and I’m looking forward to working with Danny, Dickon, Michele Anthony and the entire UMG team.”

While at New York Public Radio, Parker oversaw and implemented ambitious initiatives to serve New York’s thriving classical music scene with new programming, digital offerings, bold community engagement projects, and a robust roster of live events and live broadcasts including performances from Lang Lang to Rufus Wainwright, from its own studios to the stages of Carnegie Hall.

Bennett said: “Universal Music is home to some of the world’s finest classical recordings and composers in history, as well as the world’s cutting edge new artists. With Graham, we’re adding an executive who has a proven track record of having his finger on the pulse of classical music and opera and who has made the genre accessible to a whole new audience through groundbreaking programming and digital innovation. I'm looking forward to working with Graham and together making an indelible impact in the world of classical music.”

Added Stainer: “I’m delighted to welcome someone of Graham’s stature and visionary approach to help expand classical music’s reach and audience in the US. His arrival marks a moment of excitement and opportunity for artists and music fans in America and across the world.”