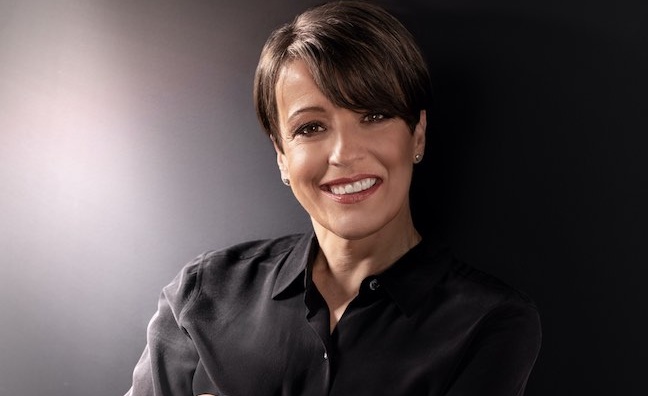 Universal Music Group has announced the formation of Mercury Studios, which will have offices in London and Los Angeles.

The new multi-faceted content studio has been established to "develop, produce and invest in innovative, music-based storytelling" and will include global film and television producer, Eagle Rock Entertainment, in addition to content development and production.

Mercury Studios, which will be positioned as a key contributor to UMG’s global, multifaceted audio-visual strategy, will be led by respected executive Alice Webb (pictured), who was appointed CEO of Eagle Rock by Universal Music UK chairman and CEO David Joseph in 2019, following a 15-year spell at the BBC.

Mercury will be about bold ideas, exciting new talent but above all compelling visual storytelling

Joseph said: “Mercury Studios will bring together the very best in the business under the exceptional leadership of Alice, who has already proved herself as a dynamic creative innovator, not least during her time at the BBC. Mercury will be about bold ideas, exciting new talent but above all compelling visual storytelling, all of which will be demonstrated with the exciting projects we will be announcing over the coming weeks. Music is a world full of the most extraordinary stories, with so many yet to be told.”

Mercury Studios will produce content with music continuing to serve as the foundation for projects across performance/live, factual/reality, scripted, artist and filmmaker partnerships and remastering and audio originals via film and television content, podcasts and short form content. It will also leverage ERE’s global sales division alongside home video and digital media distribution.

Alice Webb, CEO of Mercury Studios, said: “Music is a passion - it touches every part of our lives, which is why Mercury Studios is such an exciting proposition.  We are unique - bringing together expertise from across music, film and television in factual, scripted, premium audio, performance and so much more. We can offer creators a vibrant space to realise the projects they are truly passionate about, tapping into the wealth of expertise we have access to. We are also keen to welcome new blood: talented, ambitious people who want to make distinctive, relevant content with music at its heart.”

Mercury Studios will continue ERE’s history of filming live performances most recently in the form of livestreamed concerts by artists including Sam Smith, Glass Animals and The Streets. ERE’s library of nearly 2,000 hours of programming and more than 800 titles of original documentaries, television and film content including the Grammy Award-nominated documentary Miles Davis: The Birth of Cool and the Grammy Award-nominatedThat Little Ol’ Band from Texas, the story of ZZ Top, will be housed in Mercury Studios.

Mercury Studios has utilised the Mercury Man graphic logo from the original Mercury Records label, which has been updated to reflect its next-generation approach to content and future vision, while honouring the legacy of the brand.