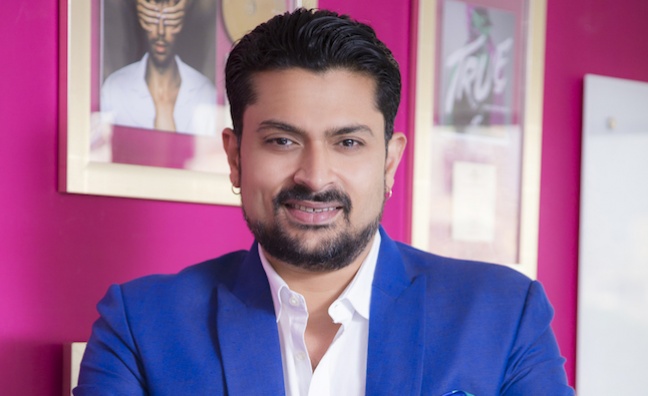 Universal Music India (UMI) has announced a strategic expansion of its leadership team within India and South Asia.

The company plans to accelerate its growth across the original artist, non-film music and hip-hop genres in India and South Asia.

Thakkar will be responsible for driving India’s overall content strategy, strategic initiatives and operational efficiency. Having joined UMI in 2012, Thakkar has held several senior positions within UMI and was instrumental in the launch of VYRL Originals, alongside Bollywood Director Mohit Suri.

Prior to joining UMG, Thakkar held positions at Sony Music, Citibank and Titan. Based in Mumbai, he will continue to report to Sanyal.

Sanyal said: “We are truly in a sea change moment for music in India, with an audience that is consuming more music, video and content than ever before. Because of this we have worked hard alongside our partners over the past two years, to build and launch new sub-labels that put artistic creativity and collaboration at the heart of every release, and where artist’s voices and talent can be seen and heard, starting with VYRL Originals and Mass Appeal India and with further exciting initiatives to follow in the coming months.”

Adam Granite, EVP, market development at UMG, said: “Devraj and the senior management team in India have done an incredible job opening the door for non-film music to break into the mainstream and reach a new mass audience of fans in India, within the vast Indian diaspora around the world and hopefully beyond. The potential for artist talent and creativity in India is huge and we are excited to support their efforts to bring original Indian music to the world and further establish UMG as the home for non-film music talent and success in the region.”

Over the past three years, UMI has targeted the evolution of the domestic Indian music market with a series of strategic label launches, combined with increased A&R focus in original Indian non-film music and talent.

This was followed last year by the launch of Mass Appeal India, in conjunction with legendary U.S. rapper Nas. Several major Indian hip-hop artists are set to debut music in 2020.