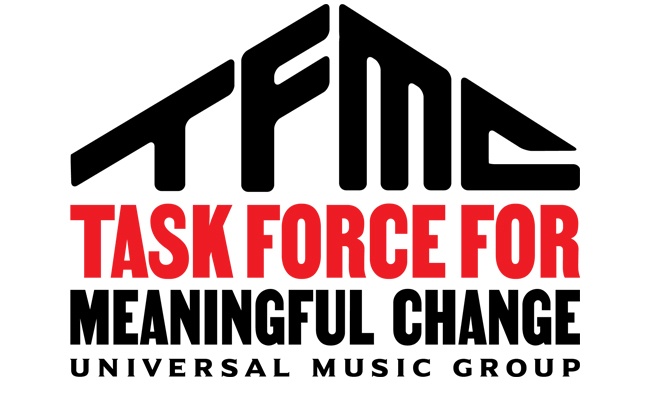 Universal Music’s UK Task Force For Meaningful Change (TFMC) has revealed details of its manifesto as it continues to plot a path towards change.

The TFMC is partnering with The Black Curriculum on its Springboard Programme, which will provide free out of school workshops teaching Black British history for young people aged 11-16 in Birmingham, Bristol, Liverpool, London and Manchester.

The UK TFMC has made sure every member of staff has had the opportunity to contribute ideas to the manifesto, which aims to impact local communities, the music industry and across the UK, as well as inside Universal itself.

Since its formation the TFMC has been working on a number of projects includingmonthly mental health support sessions under the Black Minds Now banner; a safe space for Black artists to share thoughts and information and The Black Calendar (which celebrates Black culture all year round).

This is just the beginning...

UMUK has also launched the Abbey Road Studios’ music production scholarship programme and is partnering with the Richard Antwi Scholarship to provide internships. It is working with Caerus Executive on a full review of Black, Asian and ethnic minority inclusion and progression within the business.

The next stage of the UK TFMC’s work will also include projects with the MMF’s Unite programme supporting Black artist managers, Small Green Shoot’s The Young Shoots programme and Pickni Uniforms, which provides free school blazers to families in need of support.

David Joseph, chairman & CEO, Universal Music UK, says: “I’m incredibly proud of the UK Task Force and the collective leadership they have shown. While we are clear that there is still much to do, I am confident that this manifesto will help bring about meaningful and lasting change and I look forward to working closely with the Task Force to implement the recommendations and actions in their entirety.”

Afryea Henry-Fontaine, Fay Hoyte and Jade Richardson, co-chairs of the UK Task Force for Meaningful Change, say: “We’d like to say a massive thank you to each member of the Task Force for their work in forming this manifesto and to all our colleagues across the Universal Music family who have offered their support, wisdom and advice along the way. This is just the beginning. We know there is no quick fix but we believe this manifesto and a collective effort across the company will help bring about real change.”

Dr Menna Demessie, senior vice president and executive director of Universal Music Group’s global Task Force for Meaningful Change, says: “Supporting initiatives like The Black Curriculum demonstrate the critical need to not only bridge gaps in education, but empower young people to make visible the historical impact of Black people through music to future generations. The Task Force’s mission to be a driver for racial equity and social justice can be realized through such efforts.”