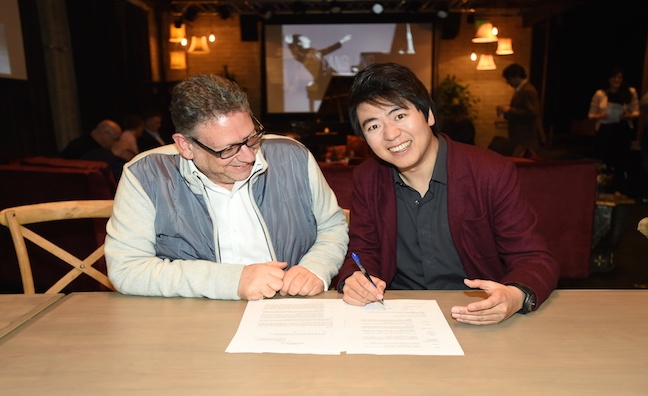 Effective immediately, the deal marks Lang Lang’s return to UMG’s artist roster, with future classical albums to be released through Deutsche Grammophon, where he was signed until 2010.

Lang Lang has sold millions of albums around the world, featuring prominently on classical charts whilst also achieving mainstream success. In 2007 he was nominated for a Grammy Award, becoming the first Chinese artist nominated for Best Instrumental Soloist.

Sir Lucian Grainge, chairman and CEO of UMG, said: “It is a tremendous honour to welcome Lang Lang home to UMG and Deutsche Grammophon. Lang Lang is that exceptionally rare talent who combines artistic excellence and innovative entrepreneurism to deliver exciting new music and experiences to his millions and millions of fans around the world. As someone whom I admire artistically and personally, I’m thrilled that UMG will contribute to the next chapter in Lang Lang’s already distinguished career.”

Lang Lang also commented: “When I met Lucian and his team I was amazed by their open-mindedness and passion for innovation. This is exactly the spirit we need to promote classical music in the 21st century. My dream has always been to share music with as many people as possible, and I can't wait to start working with the Universal teams around the world.”

Michele Anthony, EVP of Universal Music Group, added: “Lang Lang is one of the most respected, renowned and boundary-defying artists in music. He is simply a superstar and his artistry, music and talent have made an indelible impact on culture, attracting massive global audiences for his live performances, televised appearances and social media. By working together and leveraging UMG’s services including film, television, theatrical, live events, merchandising and brand sponsorships, the opportunities are endless.”

The first new recordings under the deal will be The Piano Book - an album of popular piano music. This will be followed by Bach’s Goldberg Variations.