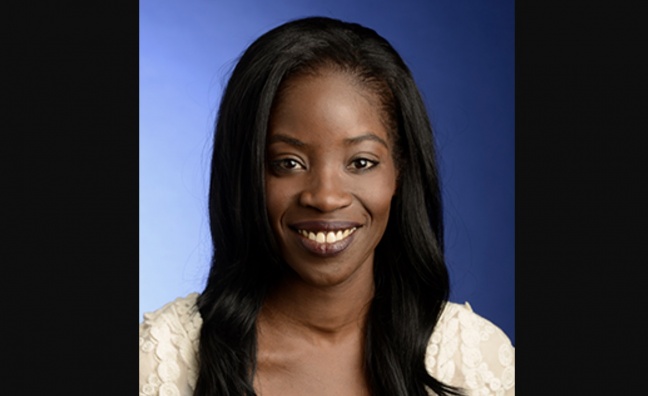 Antoinette Boateng has been appointed to the new role of director of equity, diversity and inclusion, Europe at Warner Music Group (WMG).

She will take up her new role this month and be based in London, reporting to Dr Maurice Stinnett, WMG’s global head of equity, diversity and inclusion.

Boateng previously ran her own consultancy, Neo State, which worked with a wide range of clients including Marks & Spencer, the Citizens Advice Bureau and the Royal Institute of British Architects, as well as working with governments on public policy issues, such as improving LGBTQ+ equality and social mobility policies in West Africa.

Antoinette Boateng said: “I’m excited to work with Maurice and the team at Warner Music Group. The company has made some big strides when it comes to placing the equity, diversity and inclusion agenda centre stage, but it acknowledges that it’s got a lot more to do. I can’t wait to be part of the team that steers it through the next stage of its journey and look forward to working with colleagues across Europe to drive positive change.”

Dr Maurice Stinnett added: “Antoinette is a star in the EDI world.  She’s worked with some of the world’s biggest companies to help shift corporate mindsets and to deliver real improvements that have improved many people’s lives. This is a big role that covers a wide range of countries, but I know she has the experience and enthusiasm to be a changemaker here at Warner Music Group.”

Warner Music won the Diversity In The Workplace category at the Women In Music Awards last month.

Boateng began her career at the Royal Bank of Scotland Group, working within the CEO’s office as a Business Manager focused on People and Culture. She later worked for companies including Aviva, KPMG and Schroders Investment Management, before setting up as an independent consultant.

During her career, she has helped craft companies’ first ever global inclusion strategies and social mobility programmes, while implementing an array of individual policies, from equal parental leave to transgender inclusion, designed to improve people’s daily lives. She has also helped organisations overhaul their recruitment and retention policies, as well as entrenching a positive approach to diversity and inclusion in their supply chains.

Boateng has also served as a former trustee at Restless Development, an organisation that trains and supports the next generation of young leaders in more than 70 countries, and at United Learning, a chain of public and private schools across the UK.