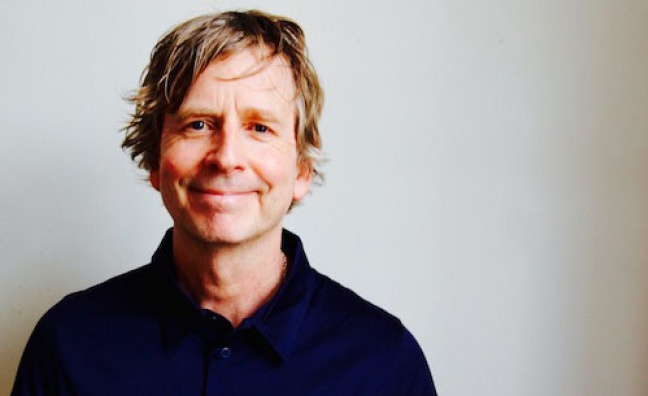 AIM has announced that co-founder of Warp Records Steve Beckett will receive the AIM 2017 Pioneer Award.

The announcement was made as part of the Indie Label Takeover on Huw Stephens' Radio 1 show last night.

The ceremony will take place on September 5 at The Brewery in Clerkenwell. Tickets are on sale now, however there are a limited quantity of tickets sold.

Steve Beckett said: “I’m so honoured to be recognised as a ‘visionary’ by my peers in the independent music industry. I can still remember, almost 30 years ago, writing lists of possible names for the label in a crappy shared house in Sheffield with my co-founder Rob Mitchell, who sadly passed away in 2001. We’ve built that bedroom operation into a group of companies that includes Warp Records, Warp Music Publishing, Warp Films and Bleep.com, employing 60 people in six offices around the world. We have remained staunchly independent throughout – not to be ‘against’ anything, but to be ‘for’ creating our own destiny.

"With the influence of Chicago house and Detroit techno, advances in affordable technology, and the illegal party scene, we found ourselves in the right place in the late-80s. We learned about running a record label through direct experience. From distributing records by hiring a car and driving them around the country to record shops, writing at artist accounting by hand (we didn’t have a computer!), to learning about international distribution and this thing we kept hearing about called the internet.

"I’m proud of so many things we’ve achieved with Warp. Mainly the incredible artists and music we’ve supported, from Nightmares on Wax, Aphex Twin, Autechre, Boards Of Canada and Broadcast to Squarepusher, Brian Eno and Flying Lotus, as well as some of the newer artists we’re excited about, such as Kelela and GAIKA. I’m also proud of the visual aesthetic we’ve brought to our artwork, videos and associated visual work, especially our early association with the Designers Republic.”