"We are thrilled": The Rolling Stones and Universal Music Group announce expanded and extended partnership 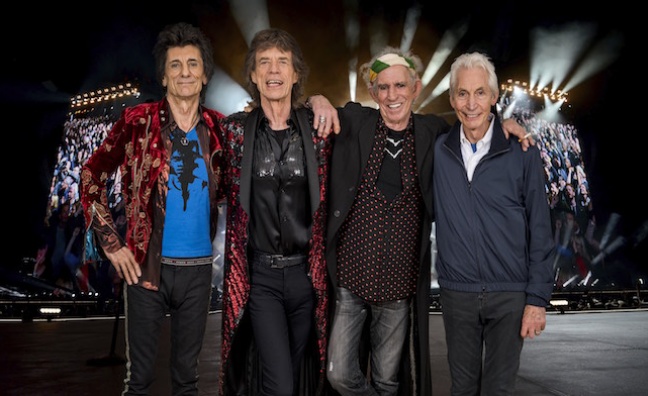 In making the announcement, Sir Lucian Grainge, Chairman & CEO of Universal Music Group, said: “After a decade of working in partnership together, we are thrilled to expand and extend our relationship with The Rolling Stones. We look forward to bringing our expertise and passion to bear as we put our global organization work on behalf of this iconic band who continue to create music and influence culture around the world.”

As part of the agreement, UMG extends its position as the home for The Rolling Stones’ catalogue. UMG will continue to distribute the band’s recorded music catalogue globally with future projects and reissues to be released through UMG’s labels and networks around the world.

Bravado, UMG’s brand-management and merchandise company will handle global merchandising rights, retail licensing, brand management and e-commerce on behalf of the band, including their tongue logo. Bravado will also continue working closely with the band and management to identify new opportunities for “creative collaboration within the worlds of art, fashion, retail, sport, lifestyle and touring merchandise.”

In addition, UMG will provide The Rolling Stones with archival support and dedicated space for the band’s physical media assets, musical instruments and equipment across the company’s ecosystem of vaults positioned around the world.

Speaking of the deal, David Joseph, chairman & CEO, Universal Music UK, said: “The Rolling Stones continue to define rock and roll, they are loved the world over and they are the band who never let up. It’s a privilege to work with them and Joyce Smyth, their exceptional manager.”

Joyce Smyth, The Rolling Stones manager added: “For many years now we’ve had a wonderful partnership with Universal Music and look forward to an even more successful future together.’’