"We are very excited at the potential for this new record": Cypress Hill sign to BMG for first new album in eight years 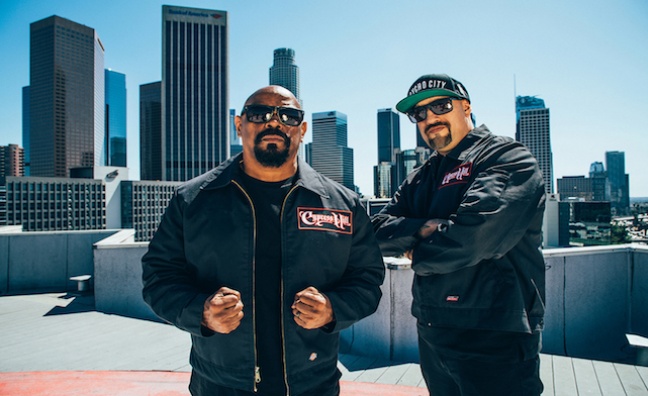 Cypress Hill have today (August 3) revealed they have signed an exclusive worldwide record deal with BMG. The news comes at the hip-hop group announce the September 28 release of their new album Elephants On Acid, the band’s ninth studio record and their first in eight years. The group have also just unveiled the record’s debut single Band Of Gypsies.

The agreement was the result of a joint pitch by BMG’s German and US frontline recordings teams.

Speaking about the deal, Maximilian Kolb, director A&R Recorded Music BMG Germany, said: “We are delighted to be working with Cypress Hill. Not only did they arguably kickstart the whole Latino hip-hop movement, interestingly they created music which has as much resonance here in Germany as it has in the US, influencing a new generation of artists. Eight years since their last studio album, we are very excited at the potential for this new record”.

Tom ‘Grover’ Biery, EVP, recorded music, BMG US, added: “Few hip-hop artists are as remarkable as Cypress Hill. Elephants On Acid is yet another example of their enormous creativity and why they remain so vital today.”

In 2017, Cypress Hill's B-Real spoke to Music Week about the inception of the supergroup Prophets Of Rage, which united him with three members of Rage Against The Machine and Public Enemy's Chuck D.

The album will produced by DJ Muggs and you can watch the video for lead single Band Of Gypsies below.

Cypress Hill will tour the US, South- and Latin-America and Europe beginning in September. The group will play the UK on the following dates:

You can see the Elephants On Acid tracklist below:

5. Jesus Was a Stoner

17. Thru the Rabbit Hole (Interlude)

20. Blood on my Hands Again