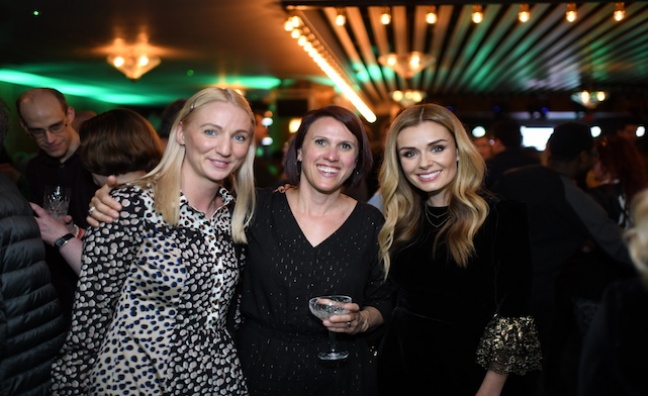 The evening also featured an emphatic speech from Decca President, Rebecca Allen who said: “Decca is nothing without the fantastic musicians we work with, so I’d like to thank them. Our artists are not always conforming, we don’t follow trends - that’s what makes us such an interesting label.”

Since forming on 28 February 1929, Decca has been home to a host musician, including Luciano Pavarotti, David Bowie, Dame Vera Lynn, Bing Crosby, Tom Jones, Billie Holiday, The Rolling Stones and Mantovani. Among its current signings are Andrea Bocelli, Sheku Kanneh-Mason and Gregory Porter.

As part of the festivities – which kicked off with events in Paris and Berlin earlier in the week – the legendary label has announced a raft of activity, including special releases, events and concerts to take place throughout the year across Europe.

You can see a full list of Decca 90 plans below:

The Supreme Record Company: The Story Of Decca Records 1929-2019 Book: A lavishly illustrated, first comprehensive history of the label.

V&A Event: London’s prestigious V&A opens its doors to Decca on Sunday 5th May (as part of the V&A Performance Festival 2019) for a day of family fun and music.

A Return to Decca’s Lost Recording Studio: Decca’s West Hampstead studios, a hidden historical gem, will open again in July for just a few nights, offering an array of different activities, from one-off performances to unseen artworks and exhibitions.

Reissues and Rarities: 90 physical and digital releases that embrace the spirit of the label. The first Friday of every month for the whole of 2019 will be ‘Decca Day’ with a new release.

Performances: A unique series of concerts in London, Berlin and Paris to continue throughout 2019. Decca 90 will also be celebrated at key UK arts and music festivals such as Love Supreme, all four Cheltenham events and Village Green.

Rare David Bowie Videos: Six Deram-era clips restored to 1080 HD by the UMC team to be released monthly from 8 March.

Radio: Two programmes on BBC Radio 2 (available globally on the BBC Sounds app) that chart 20 of the most iconic Decca recordings of all time.