'We have such a passion for her music': UMG Nashville president Cindy Mabe on Carrie Underwood's Universal debut 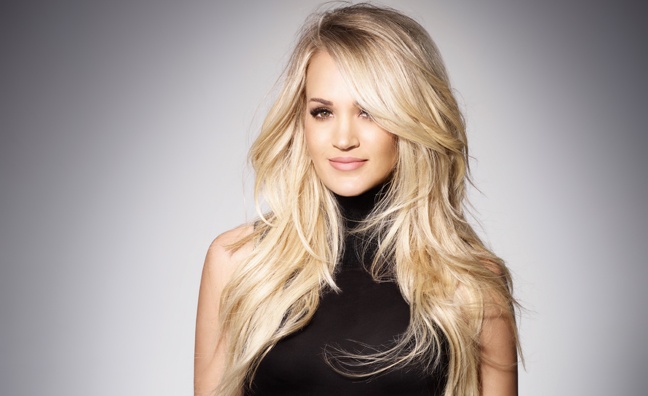 In the latest issue of Music Week, US country superstar Carrie Underwood graces our cover to give us the inside story of her stunning sixth album Cry Pretty. Due for release on September 14, it’s a significant album for Underwood: not only is it the first she has co-produced, it is also her first offering for her new label Capitol Nashville.

Since winning American Idol in 2005, across 12 years, five studio albums and one greatest hits collection with Arista Nashville/Sony Music Nashville, Underwood has sold over 64 million records, racked up 26 No.1 singles, attained over 2.6 billion streams worldwide and won over 100 major music awards, including seven Grammys. However, upon releasing 2015’s Storyteller, she had fulfilled her original American Idol contract with Arista Nashville/Sony Music Nashville. Underwood stressed to Music Week that there was absolutely no bad blood with Arista and remains grateful for everything they had done for her - but there just an opportunity to explore as she got to “really call the shots” for the first time. Labels soon had her in their crosshairs, and one of them was Universal.

Inside our huge feature, the singer spills the beans on her brilliant new album Cry Pretty, her first for Universal, while UMG Nashville’s Cindy Mabe, Virgin EMI’s Ted Cockle and CAA’s Jeff Frasco talk about the global ambitions at the heart of the campaign.

“We have such a passion for Carrie and her music,” Cindy Mabe told Music Week, who had had worked with Carrie right at the start of her blockbusting career during her time at Sony Nashville. “The minute that this became a possibility that she might consider leaving her label, everyone from Lucian Grainge to many of the territories around the world raised their hands to say that we want to take the infrastructure that she’s already built and push it to a global level so her music has no boundaries. And Carrie’s willing to go where she’s needed. Many times, that’s not the case for an artist doing so well in the US.”

In terms of where she goes next on the back of Cry What Universal is going to be focused on supporting her with is the small goal of conquering the world.

“Carrie has toured internationally in the past, but as we dig in strategically together as a global company, a big part of our strategy is to make sure Carrie’s music is exposed at every level,” said Mabe. “She has repeat promo visits, album playbacks, interviews, and TV shows and tour dates in each of the territories, all in anticipation of the new release. More than ever before, our international territories are invested, and Carrie cannot be outworked. We are all covering as much ground as we can, because it’s important to all of us.”

Underwood’s success is not just confined to the US. In the UK she has headlined the O2 Arena twice as part of Country 2 Country Festival, sold out the Royal Albert Hall in 90-minutes flat, and broke ground by being the first country artist to play Apple’s iTunes Festival. Underwood’s last album, 2015’s Storyteller, became her second best-selling in the UK, shifting 49,000 copies to date according to Official Charts Company figures (2012’s Blown Away remains her personal UK best on 61,000).

Carrie has toured internationally in the past, but as we dig in strategically together as a global company, a big part of our strategy is to make sure Carrie’s music is exposed at every level

At Underwood’s new UK home of Virgin EMI, her team are well-prepared to play their part in the Cry Pretty campaign's global mission.

“Clearly, part of our job is to continue to convey quite what she has meant to America,” Virgin EMI president Ted Cockle told Music Week. “We’ve had the time to get settled in and we’ve managed to get some sharp elbows in, and she will be back here just ahead of Cry Pretty’s release. It’s great for us to have that period of [early] September, for her to be in right on release, right in the intensity of what’s going on around the world. I’m not sure everybody’s always had the pleasure of that happening in the past.”

Cry Pretty is available on September 14. Carrie Underwood will headline Long Road Festival at Stanford Hall in Leicestershire on September 8 and perform at BBC Radio 2 Live In Hyde Park festival on September 9.