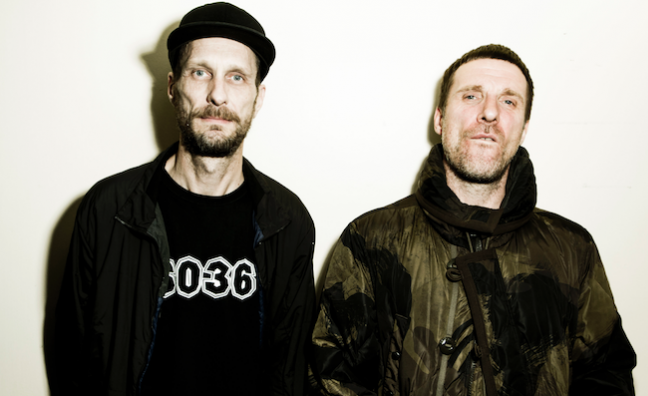 Sleaford Mods have returned to Rough Trade Records, the band and label have announced.

The duo released their 2017 album English Tapas with Rough Trade, but opted to return to self-releasing this year's Eton Alive. The album peaked at No.9 and has sales of 12,122, according to the Official Charts Company.

However, the group have confirmed their return to Rough Trade today (December 11).

"Very happy to announce that we have signed to Rough Trade again," frontman Jason Williamson said via Twitter. "We can’t wait to get back at it. We missed them."

Very happy to announce that we have signed to @RoughTradeRecs again. We can’t wait to get back at it. We missed them ?????? @extnddntwrk @fit_as_fuc pic.twitter.com/ijczMD7heA

Details of the new deal have not been yet revealed, though the label tweeted: "Look who has come home... 2020" implying the pair will have a release for next year.

Look who has come home...