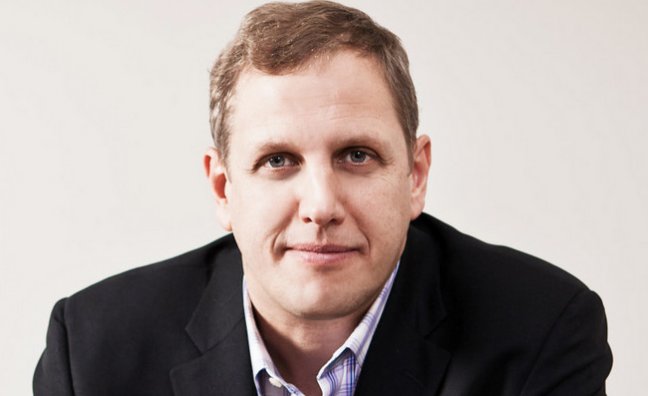 Label execs from each of the majors gathered today at the Dolby Screening Room in London’s Soho to give their take on the IFPI’s Global Music Report.

While they’re usually in competition with one another, on this occasion the representatives of Warner Music Group, Sony Music Entertainment and Universal Music Group were agreed on the companies' dual-facing futures: developing global artists and technological innovation.

Stu Bergen (pictured), CEO, international and global commercial services, Warner Music Group, noted that his company had “kept the faith and doubled down on the next generation of artists around the world” even during the years of revenue decline.

“Now that the industry is recovering, this investment is only accelerating, as you saw with our recent acquisition of Spinnin’ Records in the Netherlands,” he said. “We’re well aware that the next global superstar could just as easily come from São Paolo as Suffolk.”

While Bergen welcomed the third consecutive year of growth, he stressed that “we’re not getting complacent”. But he was clearly excited about the global opportunities from streaming.

“Four years ago, when we bought the Gold Typhoon catalogue, China was the 19th biggest market, today it’s cracked the Top 10 for the first time,” he said. “Every year I come to this press conference and talk up the promise of China, I’m excited - and a bit relieved - that it’s becoming real.

“We estimate that only half the world’s population live in a thriving music market, and we want to bring the streaming revolution to everyone. As a result, we launched Warner Music Middle East in February, to help our artists in a region inhabited by 380 million people.”

We estimate that only half the world’s population live in a thriving music market, and we want to bring the streaming revolution to everyone

Bergen described recent licensing deals with Facebook as a “recognition of the central importance of music in social media and fan-created video”.

“We’re also seeing explosive growth in voice controlled devices, with music as the No.1 request,” he added. “Once again, music is acting as the catalyst for change in the way we behave and how we experience culture.”

Dennis Kooker, president, global digital business and US sales at Sony Music Entertainment, reacted to the results by stating that “paid streaming is the fuel to the industry’s growth”. There were 176 million subscribers by the end of 2017.

“Record companies continue to invest in both artists and technology,” said Kooker. “Investing in, breaking and developing our artists remains our fundamental role. But part of that investment includes proactively engaging in investing in technology, working in partnership with leading technology companies and start-ups to further improve the environment for fans and artists together.

“It’s likely that we will see voice control technology develop further into the car and more immersive experiences like augmented reality and virtual reality and into higher definition offerings,” he said.

“Record companies must ensure we sustain this process of change.”

He also spoke about the global opportunities for the music industry, including one billion music fans streaming in China. Granite was particularly hopeful for the prospects of growth in India, which registered a 60.8% increase in streaming revenues last year.

“We are very confident it will join the Top 10 markets globally,” he said.