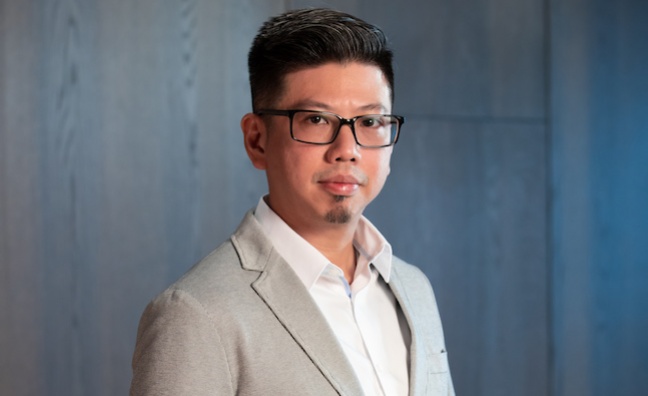 Warner Music Asia has hired two new senior executives and promoted a third in a new wave of appointments.

Darren Ho (pictured) has been recruited as SVP, marketing strategy, brand & business, greater China and South East Asia and will lead Warner’s efforts to further boost audience engagement across digital and social channels to maximise these platforms’ value to artists.

Brayden Crossley has been promoted to the new role of SVP, marketing, greater China and South East Asia overseeing promotional activity for the label's roster of local artists.

All three will be based in Hong Kong and will report to president, Asia, Warner Music, Simon Robson.

We want to be the most influential music company in Asia

“These moves place three incredibly talented executives in key positions across our business," said Robson. "We want to be the most influential music company in Asia, the first choice for artists and brand partners with unparalleled expertise at reaching fans. These appointments will help us achieve that ambition.”

Crossley, who began his career in radio in Australia, joined Warner Music Asia in 2017 and was previously head of artist relations.

“It’s a really exciting time to take up this challenge," he said. "Asia’s truly opening up for our global stars, while local artists have never had it so good when it comes to connecting with fans at home and abroad.”

Ho, who has a background in advertising, joins from Hogarth Worldwide.

“As a huge music fan, I leapt at the chance to join the Warner Music team," he explained. "There’s a huge appetite from brands to work with established and developing artists and we’re looking to leverage this as we build our performers’ careers.”

“I’m so pleased to be moving to Warner Music Asia," he said. "We’ve ambitious plans to dial-up our presence in Korea, the sixth biggest music market in the world, and further tap the incredible potential we see across South East Asia.”

Earlier this year Warner Music revealed it had recorded revenues of $1bn in Q1.