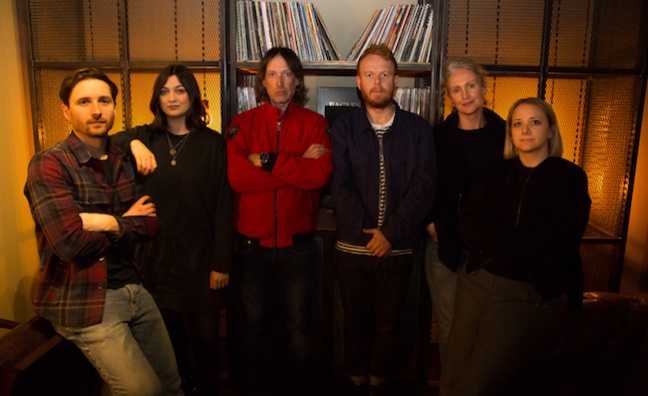 Atlantic has confirmed a series of key appointments as it shakes up the label structure to fully adapt to the streaming era.

As exclusively revealed in the latest issue of Music Week, Atlantic has broadened its leadership team with several promotions and a major creative hire. It follows the appointment of former i-D MD and Vice exec Katie White as GM six months ago.

Following the reshaping of the leadership team, Luke Tipping has been appointed creative director, conceptual. He has previously held several senior creative roles at leading agencies, where he oversaw global campaigns for Beats by Dre and Nike. Most recently he was creative director at Anomaly.

Annabelle Scott-Curry and Dan Curwin have been promoted to creative director, visual and director of video respectively.

Nick Long has been elevated to the new position of director of audience, where he will focus on fostering and growing artists’ audiences across all social and digital platforms. Along with recently promoted Atlantic exec Callum Caulfield, Long was recognised for his contribution to Ed Sheeran’s success with the Artist Marketing Campaign at last year’s Music Week Awards.

No other offering delivers such a complete approach to artist development

Cook said: “Today’s attention economy sees us and our artists compete for share of audience with not only other acts and labels, but also with content in all its forms. Our new structure, with the addition of extra creative verticals, allows us to produce both purposeful and compelling content that’s worthy of our talented roster, and helps push the boundaries of our artists’ storytelling.

“We constantly appraise our value offering to artists and partners, and I have worked together with Katie and the senior team to form a dynamic, bold leadership structure at the label. We want to create a truly progressive 21st century record company with an invaluable proposition.”

Atlantic is in the running to retain its Record Company title at the Music Week Awards in May.

The new positions will sit next to the A&R team of Alec Boateng & Briony Turner alongside Asylum MD Ed Howard, as well as promotions (headed up by Damian Christian), marketing (led by Caulfield) and publicity (run by director of publicity, Caroline Dollimore).

Atlantic UK has also announced the promotion of Claire Coster from senior publicity manager to head of publicity. It follows the label’s successful campaigns including Ed Sheeran and Anne-Marie. Coster continues to report into Dollimore.

Cook added: “It’s fantastic to recognise such a breadth of skill and expertise within our team with these promotions, and to bring in such an important hire in Luke. This new structure empowers all our experts, and ensures we are industry leading in all disciplines.

“No other offering delivers such a complete approach to artist development. I’m excited to see how these improvements will enhance our work with our artists and partners, and allow us to continue at the top of our game, with a team built for the future.”

To read the full story, including the only interview with Katie White, see this week's print edition of Music Week, available now, or click here. To subscribe and never miss a big industry story click here.