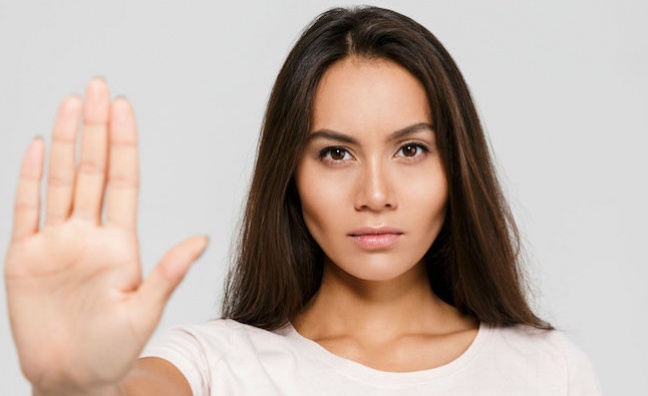 A new campaign has launched with the aim of stopping sexual assault and bullying as well as the “toxic culture of silence” within the UK music industry.

The Stop 2018 initiative has unveiled a website and campaign statement, following the BBC’s broadcast this week highlighting sexual harassment and abuse in the British music business.

“I know girls who’ve been raped,” said Howl. “It’s always a man in power and a girl on the rise who needs as much support as possible, whose career hasn’t started yet.”

She added that she felt “lucky” that her own experiences of harassment had not gone further.

“It’s gross that I think what happened to me is an easy ride,” she added.

The three women have been joined by songwriter and journalist Helienne Lindvall to launch the Stop 2018 campaign.

In a statement, Stop 2018 said: “We believe that we have to stand up and end the toxic culture of silence around the issue. We are empowered because we are aware of many stories of severe abuse. These are stories of predatory behaviour, rape and assault usually on vulnerable persons by people in positions of power.”

The Stop 2018 initiative follows open letters from women in the Swedish and Australian music industries.

The UK campaigners added that there are still companies and music industry figures who remain in the “dark ages” in relation to harassment.

“While we applaud many wonderful individuals in the music industry who denounce harassment, misogynistic and bullying behaviour there are still many companies and persons currently working that are in the dark ages with regards to harassment issues, women’s rights and equality,” said the statement. “It has been made clear to us time and time again that when experiencing sexual assault and bullying individuals currently have nowhere or no one to turn to. History shows that those who have spoken up have been silenced, ostracised and completely let down, usually being the ones to lose their jobs and not the perpetrator.”

The Stop 2018 campaign has called on UK Music and other organisations to set up a safe place where anyone working in the industry can speak in confidence. It has also demanded that music companies stop working with people who have exhibited predatory or bullying behaviour.

As well as reiterating the need for equal pay and opportunities for women, Stop 2018 has called on the industry to show respect for female artists.

“We are calling for an end to managers and labels telling artists they need to wear provocative clothing or flirt with executives to be successful,” said the statement.

Stop 2018 has appealed for people in the business to sign up to the campaign and report sexual assault or bullying in confidence. Counsellors are also available and more details are available here.

Meanwhile, the Association for Electronic Music (AFEM) has launched a confidential sexual harassment support service. The support service number is 0800 030 5182.