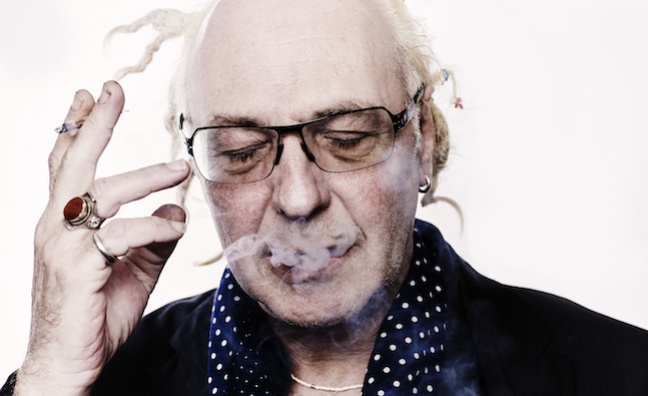 Producer Youth has set up a new record label, Suriya Recordings. The founding member of Killing Joke, whose real name is Martin Glover, will officially launch the label with an event at Rich Mix in London on October 27.

Suriya Recordings has been established in partnership with PRSSV Institute of Performing Arts and Heritage, a charitable organisation based in London, and United Sound Entertainment.

The label will dedicate itself to experimenting with beats, ambient, trance, dub, electronica and traditional sounds across different cultures from around the world. Its first releases will be Escapology by Duende India Collective and Indotranceltic’s Stone Horse.

“My vision was to create a new platform for musicians from around the world, combining ancient musical art forms with my sonic treatments," said Youth. "With the support and partnership of PRSSV, an organisation with incredible artistic influence, we are able to access some of the finest artists and musicians from India for our first set of releases.

“The aim is to collaborate further with artists and instrumentation from around the world. In these dark times of change and conflict, we create music that brings new hope and possibilities. Suriya Recordings will operate like a worker collective and is all about pushing the boundaries of an already rich musical and cultural seam.”

The award-winning producer is also opening the doors to his Space Mountain studio complex in the Sierra Nevada mountains in Granada for the second annual Space Mountain – International Cosmic Arts Lab. The three-day festival, featuring The Orb, Gaudi and Nik Turner, will take place across the weekend of October 6-8, 2017.

As well as producing artists including The Verve, Pink Floyd, Primal Scream and Sir Paul McCartney, Youth has recently worked on music by Black Grape, The Jesus And Mary Chain and Shed 7, as well as touring with Killing Joke.

In February 2016, he was awarded the PPL Outstanding Contribution to Music Award by the Music Producers Guild.