Zach Katz exits as BMG restructures in US 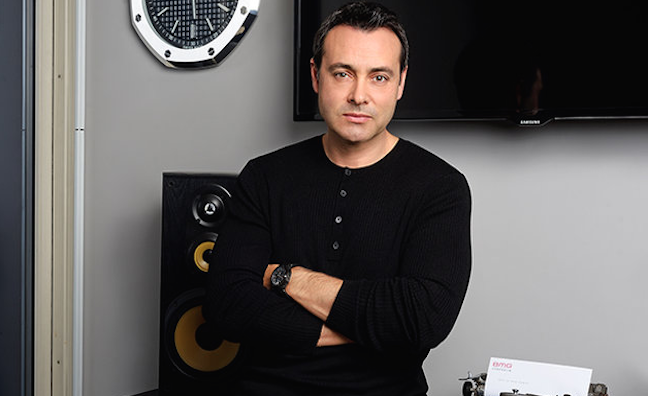 Zach Katz (pictured) is exiting BMG, following the announcement of a major reorganisation of its repertoire organisation in the US. It will now split into three key US offices – Nashville, Los Angeles and New York – that will effectively have the same status as national operations in the UK and Germany.

BMG CEO Hartwig Masuch said: “The US represents more than 50% of BMG’s business. To give you a sense of scale, if it was a country, our Los Angeles operation would be our biggest territory some way ahead of the UK, Nashville would be our third biggest territory just ahead of Germany and New York would be sixth biggest, just behind France. Putting this new structure in place will empower local management and enable us to better deliver our mission of offering artists and songwriters a genuine alternative to the established companies.”

BMG US president, repertoire and marketing, Zach Katz, announced that he will step down from the company at the end of the year in order to take up a new role.

Masuch said: “Zach has made a substantial contribution to BMG over the past six years, most notably in helping our US operation make the transition from an acquisition-driven start-up to an organically-driven music publishing and recordings company which genuinely delivers on its core values to its clients. I have immense respect for the commitment he has given BMG and salute his multitude of achievements. Zach is above all a close friend and I am convinced we’ll work again together in the future.”

Katz informed his US team that he will leave the company to take up a new role in early 2019.

“I would like to express my utmost gratitude to Hartwig, for believing in me over the years and believing in the US team,” he said. “Under his management, BMG has grown exponentially and achieved more in the past 10 years than most companies could ever dream possible. I am positive the greatest years of BMG still lie ahead with the company’s new US leadership group at the helm.”

Scherer joined BMG in 2008 as one of the original employees at the company headquarters in Berlin. In his previous role as EVP, frontline publishing, US & global writer services, he was responsible for BMG’s Los Angeles and New York teams, as well as the international publishing creative teams. He has taken a lead role in the company’s operations in China, driving its content deal with internet giant Alibaba.

The new joint management structure comes ahead of BMG moving its publishing and recorded music teams together into a new Nashville location in 2019.

Loeffler will be responsible for BMG’s music publishing and recorded music operations in New York, including S-Curve Records. He joined BMG in 2009 as a consultant following the purchase of Cherry Lane Records and has helped forge the company’s relationships with Roger Waters, Bad Company, John Fogerty and Kenny Loggins.

“In a fast-growing company like BMG, one of the great challenges is to ensure you have the optimum structure for each stage of development,” said Masuch. “This structure prepares the ground for BMG’s next phase of the growth in the US and I would like to congratulate Thomas, John, Kos and Jon as they take on these exciting new roles.”