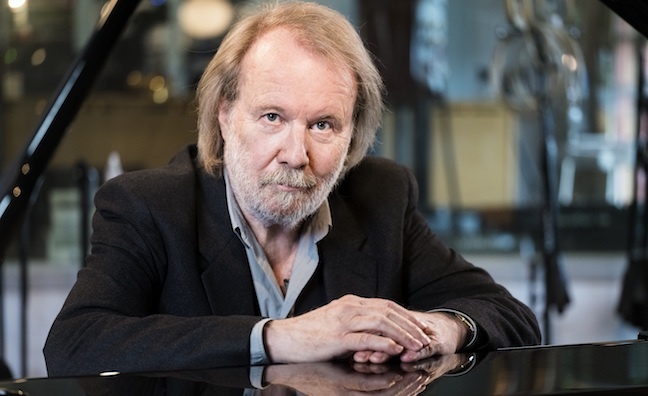 ABBA are set to return to the stage as a virtual reality act. The Swedish group split in 1982 but are now planning to reunite - at least in digital form - in 2019.

Benny Andersson announced the plans during promotion for Piano, his new album of solo piano music released through Deutsche Grammophon/UMG on September 29. It features tracks from the Swedish composer’s career including ABBA, his musicals and other solo compositions performed on his grand piano.

Andersson said the VR tour project was currently in the works. "We see each other every now and then, we've done a few different things, and now we've got a project ahead of us,” he told Expressen.

The show is set to feature the four band members in digital form alongside a live band.

“It will take a bit of time, it takes time to digitalize a face,” he said. "It's fun that it's so technologically advanced. It will be interesting."

The group’s legacy will also be celebrated in the interactive ABBA exhibition at London’s Southbank Centre from December 13, 2017 until April 29. It’s being staged with Entertainment Exhibitions International AB, in association with ABBA The Museum in Stockholm.

“We are thrilled to be supporting the new exhibition ABBA: Super Troupers in London, especially since ABBA have always been very appreciative of the love and support shown to us by our fans in the UK,” said ABBA’s Frida Lyngstad.

You can read more about the music industry’s growing demand for VR content in our recent interview with David Mogendorff, artists relations manager at YouTube.