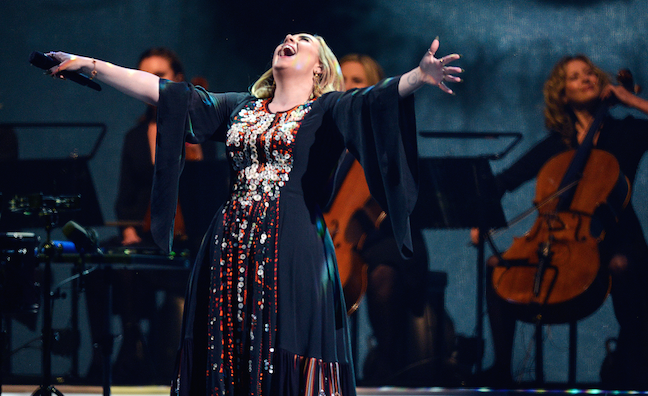 BBC TV and digital viewing figures for Glastonbury 2016 reached a record high of 18.7 million over the weekend - up three per cent on the year - with show-stopping turns from Adele and Coldplay among the most popular performances.

Adele’s Saturday night headline slot on the Pyramid Stage proved to be the biggest draw for those watching on their TVs and mobiles, attracting a peak audience (five minutes peak) of 3.7 million viewers. This was the strongest performance on TV for a Saturday headliner since at least 2008 with a 23.7 per cent share.

Coldplay, who closed the festival on Sunday night, also drew a record-breaking number of viewers, in what was the highest audience for a Sunday headliner programme (BBC Two, 21.00 start). Their set had an average audience of 2.0 million (12.8 per cent share), equalling Saturday night’s average audience and peaking at 21.00 with 3.4 million viewers.

The band have now headlined the Worthy Farm event four times – more than anybody else – with their previous headline stint on Saturday night in 2011 attracting an average audience of 1.0 million.

However, it was the Legend slot that pulled in the highest ever average audience for a Glastonbury programme (BBC Two, 18.30 start), as Jeff Lynne’s ELO pulled in an audience of 2.4 million (12.7 per cent share).

Meanwhile, several Glastonbury 2016 acts, including the likes of Adele, Muse, ZZ Top and ELO have seen physical sales of their music spike since taking to the stage.

Amazon Music has analysed physical sales in the UK to determine the biggest winners from the festival. Friday headliners Muse, for example, saw a 2,056 per cent week-on-week increase in sales on Saturday, continuing into Sunday with a further 1,114% increase in CD and vinyl sales.

Adele saw a next day increase in sales of 1,009 per cent, while Sunday's legendary slot fillers ELO saw a 3,567 per cent increase in same-day sale, presumably from people sat watching coverage at home.