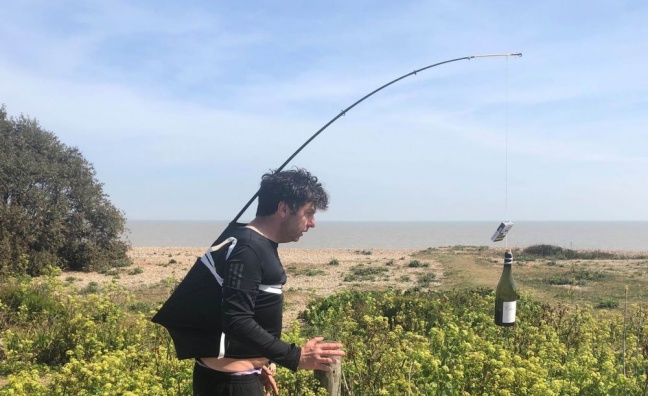 Gallagher is scheduled to perform a free gig for NHS staff and careworkers at London's The O2 on October 29, with all 16,000 tickets snapped up shortly after going on sale last week.

Hardee, who guides the former Oasis frontman's live career, told Music Week demand was off the scale, with more than 41,000 people in the online queue prior to the sale opening.

The agent is bidding to help cover the costs of the show by running a half marathon on his own on May 17 - the day the Hackney Half Marathon was due to have taken place - and has already passed his £10,000 target. He can be sponsored via this link.

"Although The O2 is doing a discount it is still going to cost tens of thousands of pounds to do this show for the brave workers of the NHS, so I will run a half marathon on the day of the Hackney Half Marathon on my own," Hardee wrote on his JustGiving page.

Hardee, who also reps the likes of Lewis Capaldi, Rag'N'Bone Man and Jess Glynne, added that Gallagher's team were "committed" to doing the show, even if the ongoing pandemic meant it needed to be moved from its planned October date.

The O2 is being utilised as an NHS training facility until June 29 to help support the NHS with its preparation for the large number of additional staff needed in the effort to tackle Covid-19. The staff trained will go on to work at the NHS Nightingale field hospital at Excel London.

Paul Heaton & Jacqui Abbott, Rick Astley, The Script and Manic Street Preachers are among other acts to have announced free concerts for NHS workers.

“It's an honour to announce that I will be doing a gig for the NHS and careworkers at London’s The O2,” said Gallagher. “They do an incredible job, we are very lucky to have them.”

Gallagher's headline show at Manchester's Heaton Park in June is cancelled due to the coronavirus crisis, while he is still slated to headline Trnsmt and Latitude festivals in July along with Reading & Leeds in August.