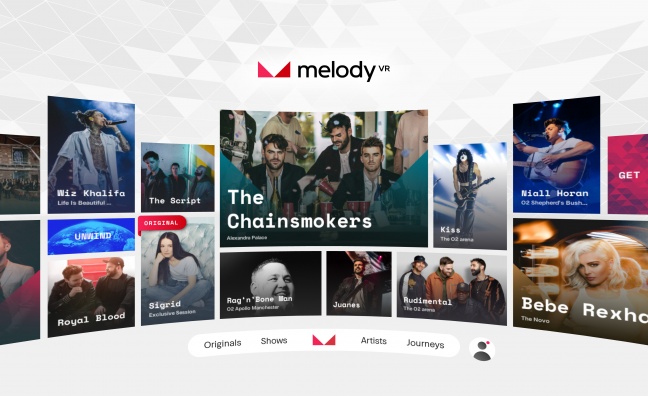 Alexandra Palace and MelodyVR have announced details of an upcoming partnership which will see the technology company granted exclusive rights to capture concerts across the Palace and Park in virtual reality.

As part of their partnership with Ally Pally, MelodyVR will live stream real-time concerts via VR and offer virtual tickets to sold-out shows with the biggest artists, enabling an unlimited number of fans to attend in-demand concerts around the globe. The concerts, as well as virtual tickets, will be available to purchase via the MelodyVR app, on Oculus Go or Samsung Gear VR virtual reality headsets.

Lucy Fenner, commercial director of APTL, said: “We are proud to be continuing our legacy of innovation by partnering with MelodyVR. In the last 12 months we’ve seen a record-breaking growth in concert attendances but now, through this partnership, even more people will be able to experience the magic of a gig at Alexandra Palace as well as introducing this iconic venue to new audiences around the world.”

Steven Hancock, COO and co-founder of MelodyVR, added: “We’re delighted to be partnering with Alexandra Palace, to establish another milestone in their story, delivering unique live and recorded VR experiences from one of the most important venues in British entertainment history.”

Hancock will be among the speakers at the inaugural Music Week Tech Summit at The O2 on September 26.