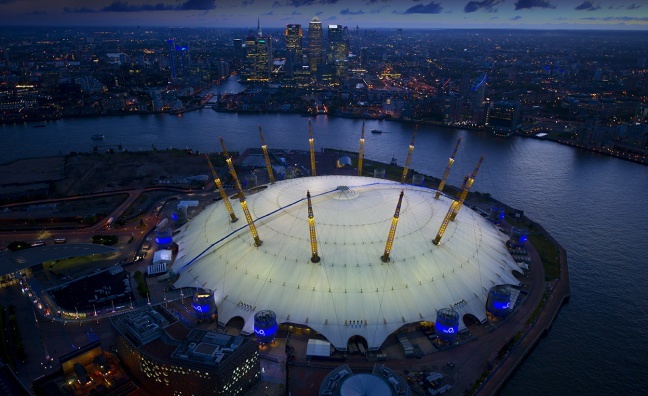 London venue The O2 has announced a week-long series of shows to mark its 10th anniversary, with Alt-J and Jamiroquai the first two acts confirmed headliners.

Alt-J will headline the opening night of the run (June 16-24), while Jamiroquai will bring the series to a close on June 24. More acts are set to be announced imminently. Tickets for these two shows go on sale on Friday, March 10 at 9am.

Emma Bownes, programming director at The O2, said: “The O2 has always been the home of unforgettable live experiences and we’ve had some incredible acts take to the stage and make history over the past ten years. We wanted to mark our ten year milestone by inviting artists and fans to come together and celebrate with us. We’ve brought together a selection of world class artists to mark our ten years and it’s shaping up to be brilliant. We can’t wait.”

Nina Bibby, CMO at O2, added: “This summer we’re celebrating 10 fantastic years of unforgettable live experiences at the world’s most successful music and entertainment venue. So we’re putting on a celebration for artists and fans to help us mark the occasion.

O2 customers will get early access to tickets to what will be an incredible run of shows, starting with alt-J and Jamiroquai. There’s more to come, so watch this space.”

Over the past decade, The O2 has played host to some of the biggest stars in music, with the likes of Paul McCartney, The Rolling Stones, Prince, Jay-Z and Kanye West, Beyoncé, Justin Bieber and Rihanna among those that have appeared at the venue. It has also hosted other major events, such as The Olympics, The ATP Tennis finals, The Capital FM Jingle Bell Ball and The BRIT Awards.

Alt-J said in a statement: "The O2 is a huge, cool venue and we are excited to be helping to mark its tenth birthday. It was a very special night the first time we played there, and we're looking forward to going back for seconds. This is one of the first shows where we’ll be playing new songs from our forthcoming album, and we can’t wait to get back on stage again."

Last month it was announced that digital communications company O2 will be The O2’s naming rights partner for a further 10 years after putting pen to paper on a new deal with the venue's operator, AEG.