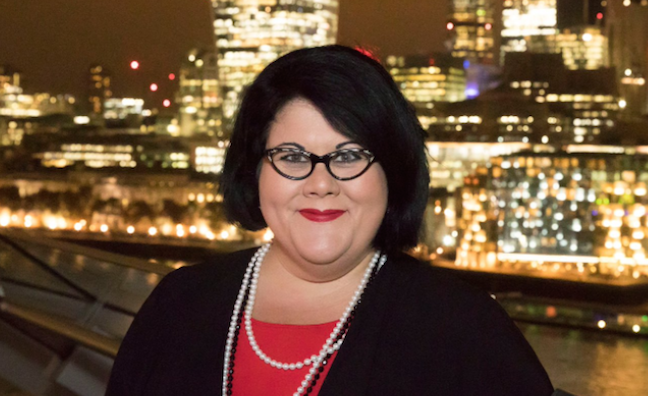 Amy Lamé has been unveiled as London’s first ever Night Czar.

The American-born performer, writer and presenter’s appointment was confirmed this morning by Mayor Sadiq Khan at The 100 Club on Oxford Street. Lamé has since tweeted: ‘Let's make London the most vibrant and diverse 24 hour city in the world! #LondonIsOpen’ from her new @nightczar Twitter account.

Born in New Jersey in 1971, Lamé has been living in London since 1992 and now has British citizenship. The 45-year-old has had various television and radio roles, including a slot alongside Danny Baker on BBC Radio London. She has curated at the Tate Britain and contributes features on culture, travel and food to The Times.

In 1995, Lamé co-founded club-night and performance collective Duckie, which runs every Saturday night in The Royal Vauxhall Tavern. Lamé maintains strong links to Britain and London’s LGBTQ communities and has performed her various one-woman shows across the country.

Between 2010 and 2011 Lamé filled the ceremonial role of Mayoress of Camden, promoting the Borough’s live music venues and nightclubs and working with the local authority and a diverse mix of communities.

Her appointment comes after a difficult period for the capital’s nightlife, which has been blighted by the closure of a number of clubs and venues, the most high profile of which was Fabric, which had its license revoked in September. Over the last five years, London has lost 40% of its music venues.

However, the recent introduction of night-time travel on The London Underground and Sadiq Khan’s professed commitment to injecting life into London’s night-time economy hint that change could be afoot.

In her first initiative as Night Czar, Lamé is planning a series of monthly ‘Night Surgeries’, where she will speak directly to businesses, night-time workers, members of the public and residents to get an understanding of Londoners’ views of the night-time economy.

Lamé said: “I can’t wait to hit the streets and have loads of ideas of what I can do for revellers, night-time workers, businesses and stakeholders. For too long, the capital’s night-time industry has been under pressure - music venues and nightclubs in particular are closing at an alarming rate. With the advent of the Night Tube, and the Mayor’s commitment to protect iconic venues across the city, I’m confident that I can inspire a positive change in the way people think about the night time economy. I look forward to bringing together local authorities, the police, Transport for London and many other people from across the night time industries to transform London into a truly 24-hour city.”

Sadiq Khan, said: “I’m absolutely delighted to announce the appointment of London’s first-ever Night Czar. The recent closure of the world-famous nightclub Fabric and the threats facing other venues across the capital show why Amy will be a much-needed ambassador for the city after dark. Amy is a fantastic hire who will give a big boost to our city’s flourishing nightlife which already attracts millions of visitors each year. Her proven track-record of helping save venues, her first-hand experience of the industry over the last two decades as well as her love for London and its nightlife are what make her such a great candidate for the role. She is in an ideal position to work together with venues, authorities, developers and revellers enjoying a night out to solve difficult issues and get new and creative projects going.”

As the city waits to see what impact its new Night Czar will have, Music Week looks at five key areas Lamé needs to address.