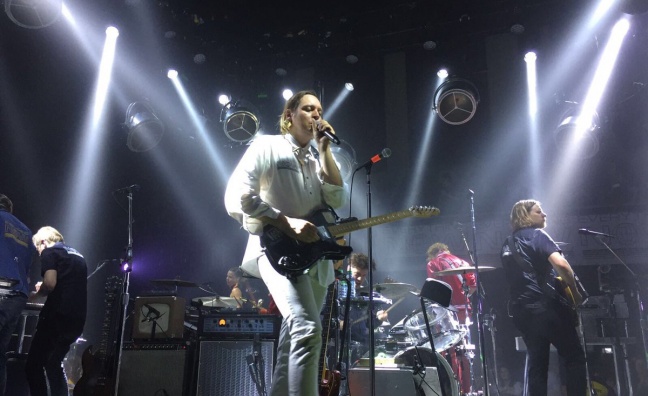 The Canadian band sandwiched headline shows at Primavera Festival and Spain and Isle of Wight Festival with last week's concert in front of a sold-out 1,400 crowd at the SMG Europe-managed venue.

Promoted by SJM Concerts, the show attracted worldwide publicity due to the fact the band performed in the round, rather than a more conventional set-up on the stage.

"It's not every day one of the world's biggest bands come to Scunthorpe and Arcade Fire's visit to The Baths Hall was certainly the hottest ticket in town," said Dan Harris, the venue's general manager. "Being able to host the band in the round added to the uniqueness of the event, allowing fans to watch the band up close and personal."

In the last couple of years The Baths Hall has played host to Paul Weller, The Vaccines and The Kooks and worked with the likes of SJM, Kilimanjaro Live, DHP Family and Live Nation.

"The venue has played host to a number of world class acts in the past and the quality of our facilities and staff are helping to bring even more big names to the region, helping to put the town on the entertainment map," added Harris.