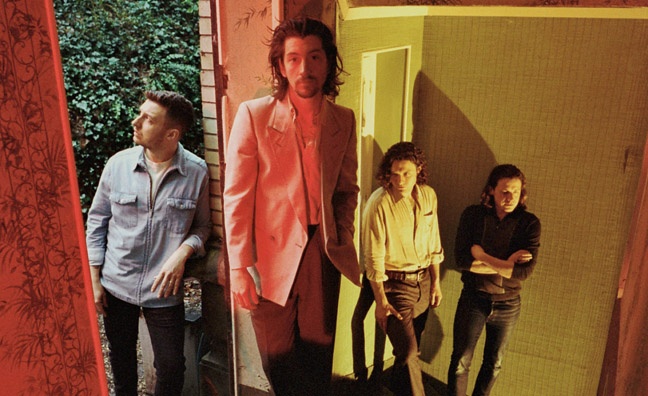 The tour commences at Manchester Arena on Thursday, September 6 and visits London, Birmingham, Sheffield and Dublin before climaxing at Metro Radio Arena Newcastle on September 27. Support will come from The Lemon Twigs.

Last week, the four-piece unveiled details of their upcoming sixth album, Tranquility Base Hotel & Casino, their first LP since 2013’s AM (1,078,787 UK sales - Official Charts). It will be released on Friday, May 11.

The band will play a string of European festival shows, alongside a July headline date at Glasgow's TRNSMT, prior to the September shows, tickets for which go onsale at 9am on Friday, April 13.