"Bands moved mountains to be part of Robert Smith's line-up": Inside Meltdown Festival 2018 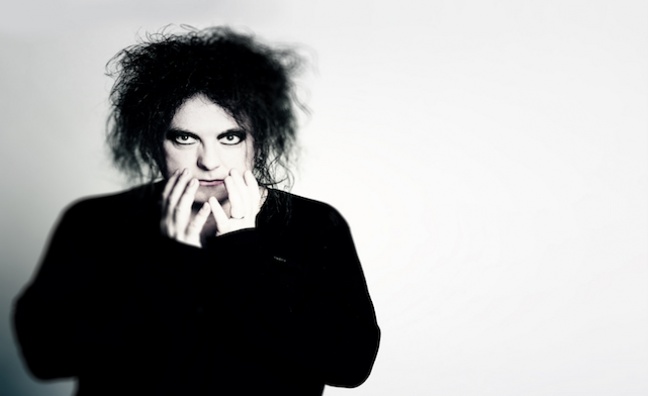 In the new issue of Music Week, we speak to Bengi Unsal, lead programmer of the Southbank Centre’s annual Meltdown Festival, about this year's Robert Smith-curated series of live shows. Taking place between June 15-24 in London’s Southbank Centre, the festival will see Smith perform alongside a host of high profile acts including Nine Inch Nails, My Bloody Valentine, The Libertines, Manic Street Preachers, Deftones and Mogwai.

In the interview, Unsal hailed the “legendary” line-up Smith had put together for the festival’s 25th anniversary, and talked about future plans for both Meltdown and the Southbank Centre as a music venue putting on “world class gigs”. Here, Unsal reveals more about working with Robert Smith on this year’s stellar event.

How do you go about finding a curator for Meltdown Festival?

Bengi Unsal: “It’s a very hard decision because there are millions of fans and quite a handful of really, really  established amazing artists. I have a grid with all the artists that I think would be interesting to do for Meltdown and I just start asking, basically. Last year it was MIA and it needed a completely different audience, some completely different artists that would bring some excitement to Southbank. I think that MIA was a great choice for that. This year we just wanted to go back to the roots a little bit. Robert [Smith, The Cure] has been an audience member at two of our festivals, he’s amazing and it’s The Cure’s 40th year anniversary so I thought it would be a great idea for him to do it. The most important thing for him was to come up with a festival that he would be proud of 100%. The line-up it’s unbelievable. I still really can’t believe it. Some of the bands really do know Meltdown and respect it as a brand, which was a big plus, but the most important thing is that they respect Robert, they love Robert and they wanted to be a part of Robert’s Meltdown. They moved mountains to be in this line-up. Robert really did write to each and every artist.”

Meltdown gives you the opportunity to know more about an artist that you love, it takes you into their world straight away

How hands on has Robert been in the process of making it happen and how closely have you two been working?

“He's very, very hands on. He knows everything about the music business from A-Z; he knows how much you can sell a ticket for, how you sell it, what’s the VAT, what comes out of the budget, like PRS, production expenses, rigging, cost of the staff and where you position the camera for live footage. He’s unbelievable so it was easy to work with him in that sense because he knew everything.”

What is unique about Meltdown as a live event in terms of what fans get out of it?

“The main thing that makes it unique is that it gives you the opportunity to know more about an artist that you love, it takes you into their world straight away, what their influences are and who has been influenced by them. I think it’s the longest running artist curating festival in the world, I don't know any other ones. It’s not just about seeing the concerts but all the artists go the extra mile to come up with something special for the venues. The great thing about Meltdown is that it gives you something else each year because it’s the curator’s world and it becomes something else each year.”

Subscribers can read the full interview with Bengi Unsal in the new issue here. To subscribe and never miss a music biz story, click here.