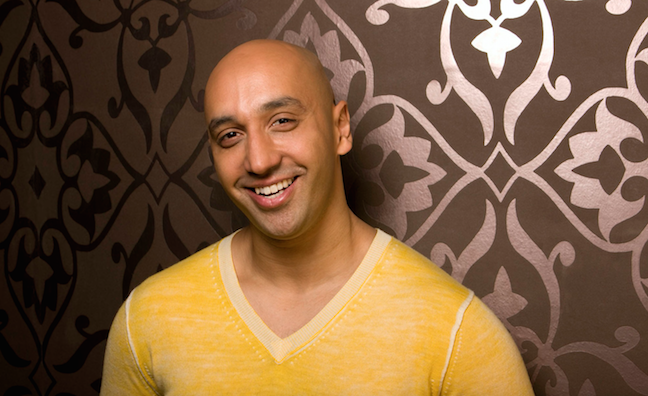 The BBC Radio Asian Network has announced the line-up for its Asian Network Live event, which takes place at the Eventim Apollo, Hammersmith on Saturday, February 25.

This year, Asian Network Live will be triplecast - broadcast across the BBC’s youth radio station’s - Asian Network, Radio 1 and 1Xtra. Hosted by the Asian Network DJ family, including Tommy Sandhu, the event will shine a spotlight on some of the most exciting new acts on the British-Asian and global music scenes.

Naughty Boy will be performing new material featuring Kyla, and Indian hip-hop artist Badshah will give an exclusive UK performance, including a new track with Major Lazer-collaborator Anirudh. UK Hip-Hop and Punjabi producer Steel Banglez will also present a number of UK acts, such as Mist and MoStack (both ‘Hot For 2017’ artist tips on 1Xtra), Abra Cadabra and Haile from WSTRN. A raft of special guests will also be announced soon.

Now in its second year, the event is open to artists of all ages. Tickets for Asian Network Live go on full sale today (Wednesday, January 11).

Sandhu added: “Now that it's 2017, the countdown feels like it's officially on to the best Asian music spectacular in the world. Last year was bigger and better than anyone could have expected and we'll be bringing the party to Hammersmith again ... get ready!”

Mark Strippel, head of programmes, Asian Network says: “Asian Network Live is a unique global culture-clash that brings together some of the best British and International artists of South-Asian origin, in collaboration with artists that inspire our young and growing audience. I’m particularly pleased that we have Badshah and Naughty Boy back to headline Asian Network’s flagship event, and that we’ll be joined by Radio 1 and 1Xtra for the first time.”