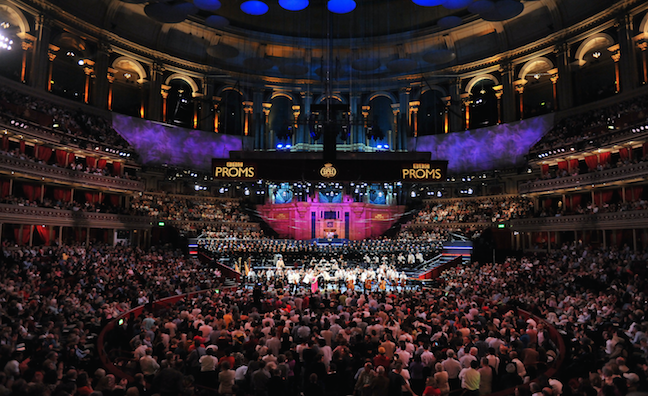 BBC Proms has unveiled one of its most diverse programmes yet as it prepares to mark the 150th anniversary of the birth of founder-conductor Sir Henry Wood.

The series features more than 90 concerts at various venues from Friday, July 19 to Saturday, September 14.

Radiohead’s Jonny Greenwood will curate a Late Night Prom culminating in the world premiere of his Horror vacui, a piece which simulates electronic sound using 68 string instruments played acoustically. Other highlights are set to include Murray Perahia performing Beethoven’s Fourth Piano Concerto with the Vienna Philharmonic under Bernard Haitink and a Prom dedicated to the music of Nina Simone with Ledisi and Jules Buckley.

"From outer space to the environment on Earth, from Perotin to Thorvaldsdottir via Duke Ellington, from new artists to those who are established, from chamber music to massed orchestral and choral forces, the Proms brings the best of music to an enormous audience in this country and beyond. Only the BBC can do this in such a bold and ambitious way. Long live the legacy of Sir Henry!”

Duke Ellington’s Sacred Music is presented in a Late Night Prom, while The Breaks will honour hip-hop and, in particular, breakbeat culture. The Late-Night Mixtape Prom, meanwhile, will bring together an eclectic range of classical and contemporary sounds. Fifty years after the moon landing, the Proms will also ponder how composers across the centuries have imagined and created the sound of space.

Proms at ... Battersea Arts Centre will showcase boundary-crossing and provocative composer-performers, featuring experiments at the cutting edge of music and technology with Jennifer Walshe, Crewsdon & Cevanne and Oliver Coates. All tickets for the event priced at £6 and, over at the Royal Albert Hall, 100,000 tickets will be available for £15 and under.

BBC Proms director David Pickard said: "The Proms in 2019 gives a snapshot of all that is most exciting in our musical world today. It is the chance to hear some of the most celebrated ensembles and artists from across the globe, a showcase for the vibrant orchestral life that exists in the UK, and a celebration of the diversity of contemporary music in the 21st century. All of this is underpinned by the proud tradition of ‘Promming’ which allows audiences to enjoy this vast range of music for just £6 per concert.

"As we celebrate 150 years since Henry Wood’s birth, the Proms continues to explore new ground whilst celebrating the founding principles of the festival - to bring the best classical music to the widest possible audience."

BBC Radio 3 will broadcast the festival in its entirety. There will also be 25 Proms on TV and the Proms magazine show will return to BBC Two on Saturday nights throughout the festival.