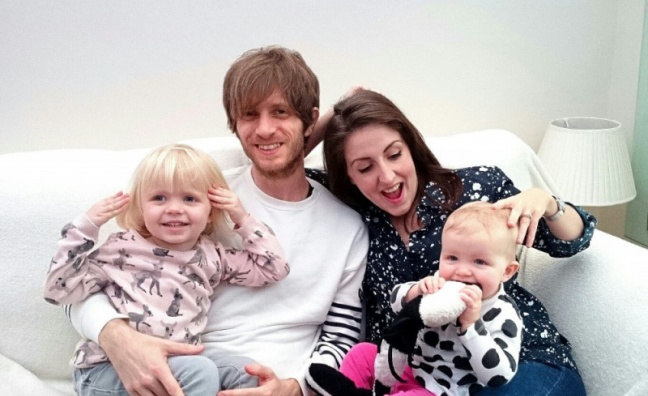 A benefit gig is being organised for Delays' frontman Greg Gilbert as an appeal to raise funds towards his cancer treatment passes its £100,000 target.

The 39-year-old father-of-two has been diagnosed with stage four bowel cancer which has spread to his lungs. His family say he needs to travel overseas to undergo urgent treatment unavailable to him on the NHS and have been bidding to raise money via a Crowdfunding page. To date, a total of £100,737 has been raised by 4,434 people in just four days.

Now the band's former lighting designer Ed Warren is organising a fundraising night - Cavalry (named after a Delays' lyric) - set to take place at the 850-capacity 1865 in Gilbert's home city of Southampton in February, on a date to be confirmed.

"I was the Delays' first lighting designer, they were the first band to ever take me on tour in 2004 and I basically owe my whole career to them," said Warren. "We have a venue locked in. It's called 1865 in Southampton. They've generously offered the usage for next to nothing which is amazing."

Confirmed to play so far are Band Of Skulls, Mystery Jets, Recreations and Klaxons (DJ), with more to be announced. "For bands that can't make it to play we're accepting gift donations which will be offered in a silent auction," added Warren. "I've contacted as many bands I can think of that are related to Delays in some way. Having either toured with them, recorded with them, festivals with them, any link at all.

"A lot of bands unrelated to the Delays have also come forward with gift donations too. I also have a graphic designer designing posters and tshirts to sell on the night and online."