Bernard Sumner on Manchester Arena attack: 'It breaks my heart' 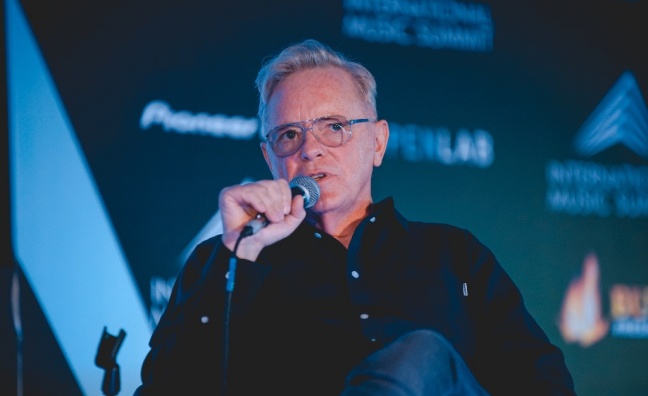 The Joy Division founding member took part in a keynote interview with DJ and IMS co-founder Pete Tong on the second day of the dance music conference in Ibiza.

Asked about the horrific events in his native Manchester last week, which left 22 people dead, Sumner said: “It breaks my heart. What a pointless loss of life. What a pointless act of brutality. Obviously, it's my home city and it strikes a note with me.

“It's just gut-wrenching, heart-breaking what's happened to those mostly teenage girls at a concert in Manchester. It just seems completely barbaric and pointless, and breaks my heart.”

The conversation later turned to Sumner’s experiences of Ibiza in the late 1980s, attending early super clubs Amnesia and Es Paradis and recording 1989 album Technique on the island, as well as his time with Manchester’s Factory Records and Hacienda club.

“Factory Records went bust. The Hacienda went bust. But we had a lot of fun,” he chuckled.

The 61-year-old's long-time bandmate Peter Hook left New Order in acromonious circumstances back in 2007. Asked by Tong: “Do you think there’ll ever be a day when that other guy might stand on stage with you again?” Sumner quipped: “I don’t think so, no… Ian Curtis you mean?”

A recent example was the launch of the first Facebook bot with DJ Hardwell, which had a staggering 60,000 users within the first two weeks, one million total interactions and a 6,000% increase in fan conversations.

The A&R: IMS 10 Year Report session debated the changes in A&R over the conference's lifespan.

“It's still about the quality of the artists, the tracks, the music and ultimately it starts with that, that hasn't changed,” offered Positiva/Virgin Records A&R director Jason Ellis. “How it's then marketed, promoted and taken to market has changed immeasurably.

“Within our genre, there have been huge steps forward on a commercial level. The reach that we have now as a genre is staggering compared to where it was 10 or 12 years ago.”

On the impact of streaming on dance music, Ultra Records president and founder Patrick Moxey said: “You need a low skip rate to succeed within Spotify's algorithm, so there's a genre that we jokingly refer to at the office as 'Spotter-fodder', which is just very passive stuff that's a little bit like wallpaper but it does incredibly well. Some of that we do, but generally we're looking for records that are still aggressive enough to get radio and get Spotify and to be fulfilling to us and artistically interesting to us.”

Big Beat Records A&R Gina Tucci tackled the perennial question on the future of the album. “I'm a big believer, still, in the album. But the timing of when we release albums definitely has changed. You're not sending an artist into the studio for two years to record an album and then coming up with a plan to release it.

“What a lot of people are doing, they are releasing single, by single, by single, over the course of six months, a year, leading up to an ultimate album. We've seen lots of artists do this, from Calvin Harris to Kygo, The Chainsmokers… And what's great about this is that by the time an artist gets to the album, the album's sometimes already certified as gold or platinum because of those single streams.

“So the timing has changed but, for me, the album definitely is a time-stamp for that artist, and obviously it also helps with touring.”