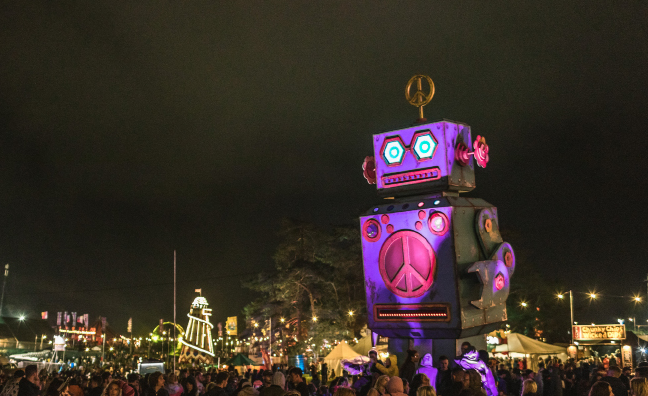 Bestival organisers have confirmed they are looking for a new partner in the face of "financial challenges", amid reports it is facing collapse.

According to The Sunday Times, loans tycoon James Benamor has filed administration notices at the High Court to Bestival Group, Bestival Ltd and Camp Bestival. Benamor's Richmond Group Debt Capital extended a loan of up to £1.6 million last year, added the report.

Founded by DJ Rob Da Bank and his wife Josie in 2004, Bestival and its family-oriented sister event Camp Bestival (founded 2008) took place at Lulworth Castle, Dorset, this summer. But the latter was forced to cancel its final day due to adverse weather conditions. The festival says this was not the cause of the issues but added: "It was not a positive factor for the business.:

Speaking to Music Week, a spokesperson for the festival said they were unable to comment beyond a statement and related Q&A posted on the Camp Bestival website.

"We can confirm the Bestival Group has had some financial challenges of late but the process we are in allows a new partner to come on board with the financial commitments required to deliver Camp Bestival 2019 in its finest form," said the statement. "As we stand currently, there is every intention to make this show happen, and move forward into a new era. Thanks and love to all our wonderful Camp Bestival community for all your support X."

On refunds for the cancellation of the Sunday at Camp Bestival, the website states: "We are hoping for an update on the refund process ASAP once we have a clear response and timeline from all agents involved. Sincere apologies for the delay, we are doing our best to get the answers you need and the process completed."

Tickets for Camp Bestival 2019 are already on sale and organisers said "in our current position" they can see "no reason" for it not to happen. No clarification has been offered on the future of Bestival, which relocated from the Isle Of Wight in 2017.

In an interview with Music Week back in July, Da Bank said: “You can make some money or lose an awful lot. We’ve done both of those and that takes the enjoyment out of it. Every promoter knows that feeling of watching tickets. For a few years we sold out straight away but, apart from the odd great year, unless you’re Glastonbury, you’re going to be ticket watching.

“The festival market is so volatile you see even the big players have off years or disappear totally, so it’s swings and roundabouts.”