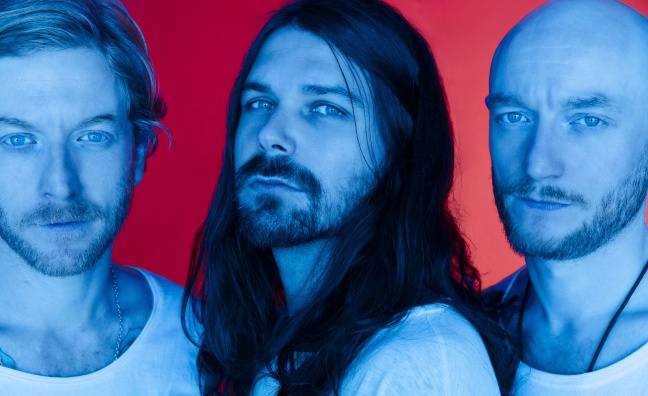 MTV Music Week kicks off tonight with an exclusive one-off Biffy Clyro concert ahead of this weekend's EMAs in London.

Running from Wednesday, November 8 to Saturday, November 11, MTV Music Week is a four day long series of music events and panels will give fans the chance to get up close and personal with artists, influencers and industry experts.

It culminates on Saturday with performances in Trafalgar Square by U2 and David Guetta for MTV Presents Trafalgar Square. Guetta will also be filmed for an international broadcast of MTV World Stage, which premieres later this year.

"Our commitment to music is very strong. We see ourselves as the biggest music youth brand - music and events are part of our DNA," MTV UK head of talent and music Anna Karatziva told Music Week. "People will be able to be a part of the EMAs whether they're at the show or not because they'll be able to attend something.

The week will also include an East London pop-up - The House Of MTV - which promises performances, exhibitions and talks and will also feature the return of MTV Breaks, which will give insights on how to break in to the music and media industries. Jonas Blue will also host Jonas Blue’s Electronic Nature House Party at Hackney House on Friday.

"We're really excited to be working with Biffy Clyro - it's going to be super intimate, super exciting and the tickets sold out almost instantly," said Karatziva. "We're working very closely with the band and with Warner and management and it's very exciting."

"Day 2 is our urban day. With the urban scene dominating so much in the UK, we wanted to dedicate a whole day to this. We've got panellists from across the industry from Radio 1Xtra DJ and Atlantic A&R Twin B to Stormzy's PR Rachel Campbell and [artist] Kojey Radical.

"Then on Day 3, the theme is dance so Jonas Blue comes in to play quite a bit, being our ambassador, and Day 4 is more centred around social media, fashion and sports."

The 2017 EMAs will be held at The SSE Arena, Wembley on Sunday, the first time the ceremony has been held in London since 1996.

For more from Karatziva and MTV EMA executive producers Bruce Gillmer and Richard Godfrey, who feature in the Big Story pages in the new edition of Music Week, out now, click here.