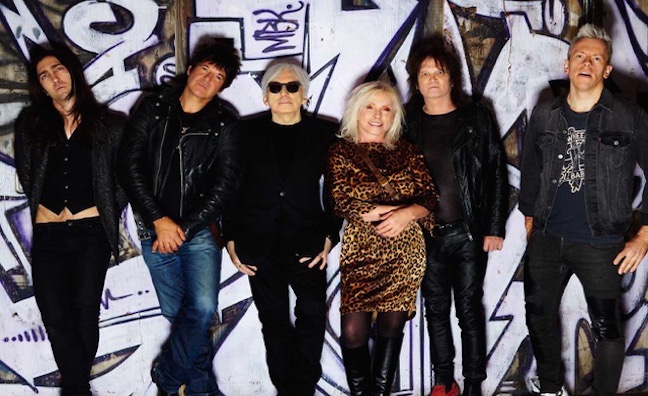 Prime Live Events will give fans the opportunity to see big-name artists perform up close in iconic locations, kicking off on May 23 with Blondie at the Round Chapel in Hackney.

The show marks 40 years to the week of Blondie's first ever performance in the UK, which took place at the Village Bowl in Bournemouth in 1977. Tickets go on sale on Thursday (May 11) at 9am, exclusively for Prime members.

“We are excited to be performing at the first Prime Live Event marking 40 years since our first gig in the UK,” said Debbie Harry. “The Round Chapel is an intimately warm and beautiful room allowing our fans to get up close and personal.”

“We want to offer Prime members the best live entertainment experience they’ve ever had by giving them the chance to see their favourite artists perform up close and personal in iconic and intimate venues,” said Geraldine Wilson, general manager of Amazon Tickets. “We’re delighted to reveal our first line-up of fantastic artists performing Prime Live Events in stunning venues to audiences of less than 800, and Prime members in the UK and internationally will have the chance to watch the performance on Prime Video.”

The Prime Live Events schedule for June and July includes singer-songwriter Alison Moyet, also at the Round Chapel Hackney on June 12, complete with a pre-gig audience Q&A. Other shows include Texas playing to 600 fans on June 16 at art deco venue Porchester Hall, and Katie Melua, playing two dates on July 25-26 at the historic Cadogan Hall in Chelsea to 770 fans each night. More artists will be announced throughout the year.

Amazon recently announced that Prime members in the UK now have exclusive access to purchase tickets for luxury Amazon lounges, premium seating and pre-sales for concerts and entertainment shows available on Amazon Tickets. Prime members also have exclusive access to Amazon Tickets pre-sales to music, theatre and family concerts and shows throughout the UK.