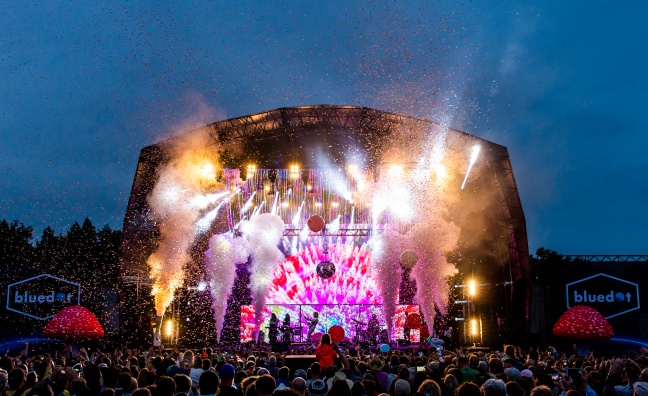 Bluedot Festival will celebrate the 50th anniversary of the moon landings when it returns to Jodrell Bank Observatory in Cheshire from July 18-21 next year.

The 15,000-capacity music, arts and science event held its third edition earlier this summer with headliners The Chemical Brothers, The Flaming Lips and Future Islands.

Speaking in the latest issue of Music Week as part of our round-up of the 2018 festival season, Bluedot festival director Ben Robinson said around 20% of tickets had already been snapped up for 2019.

"We are celebrating the 50th anniversary of the moon landings at Bluedot next year, so the whole narrative is going to be themed around that,” he said. "It will be 50 years to the day at Bluedot - 8:17pm will be the moment on the Saturday when the Eagle landed."

Robinson said this year's festival was its "most successful and enjoyable" to date.

"We moved into the third year of Bluedot and hit a really good moment with it, the numbers were up 40% on the previous year," he said. "The most interesting thing was that the audience really understood it. Although it was very well received in the first couple of years there was a certain element of people being like, ‘Is it OK to have a party with all this science?’"

However, Robinson added that market conditions had been less favourable across the board.

"The feedback we’ve been getting is that people have got there, but it’s been a slog," he said. "I haven’t seen that many people selling out well in advance.

"It's been in a year in which England had a very good football World Cup campaign and people have only got a finite amount of money. By the time you’ve gone out to watch two or three football games within a month and stayed out, that starts to chip away at peoples disposable income when they might otherwise have made a last minute decision to go to a festival."

He added: "The more people deliver reliable festivals with great feedback, the longer they’re going to be around. Our biggest sales pitch to our audience is our last festival."