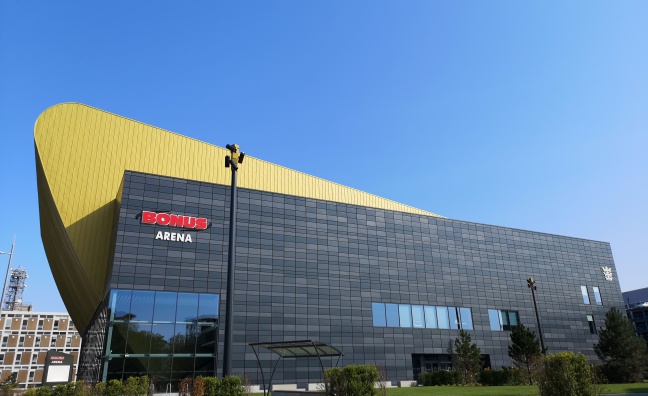 The 3,500-capacity arena is operated by SMG Europe, which oversees Manchester Arena, Metro Radio Arena Newcastle and Leeds First Direct Arena, among others, and will welcome acts including George Ezra, Jack White, Rick Astley, The Courteeners and The Bootleg Beatles in its first few months.

"Van Morrison is an absolute legend and to open the venue with someone of his stature is very fitting," general manager Dan Harris told Music Week.

"It's funny because I’ve been involved with the project for a couple of years now and we’ve done a countdown in days and in weeks and in months, so to now be doing a countdown in hours is great, it's a really good place to be. I’m really excited that after lots of hard work we’ll be able to stand there when Van starts at 8pm tonight and just take a breath and share that moment with the audience as we start creating history."

"It allowed us to test all elements of the building and also have some real life breathing people in the space," added Harris, who also oversees Scunthorpe's Baths Hall and Plowright Theatre. "It afforded us the chance to strengthen our existing relationship with the BBC and also allowed us to engage with the local creative community and the local circuit as well."