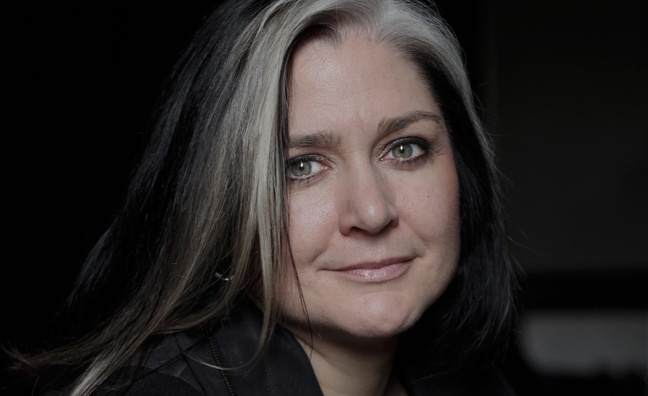 Eurosonic Noorderslag, held in Groningen, Netherlands (January 17-20), usually kicks off the conference/festival season with performances from over 300 emerging European acts and a packed programme of discussions focusing on the key issues of the moment, in particular those affecting the live music sector.

Whichever way Brexit goes, it should not fundamentally affect the ability for British artists to tour in Europe, nor should it affect European artists touring the UK, according to CAA's Emma Banks. Speaking during a keynote session at the Eurosonic Noorderslag, Banks said that she did not expect the situation of European and British artists "to change a lot" as a result of Brexit. "Unless we get picked on, I am not sure it will change," said Banks. "I look at US artists [touring Europe] and I don’t see why UK artists should be treated differently." Similarly, she does not anticipate European artists having major problems touring the UK. "There does not seem to be any push back from the [UK] government on [Tier 5 temporary worker] immigration, so I do not see why Kraftwerk would be blacklisted," she said. At this stage "everything is speculation," she concluded.

Big fees for festivals ‘not sustainable’

Harvey Goldsmith called out promoters who are "stupid enough" to spend without limit "because they want to be the promoter for the Rolling Stones in their market, regardless of the costs." Banks also addressed the issue of the growing fees claimed by leading acts to play festivals and its impact on the economy of the sector. "Is that sustainable? Of course not. Not everything can go up 30 to 40% if [ticket] prices don't go up 30 to 40%," she said. However, she said, agents play the supply and demand game and if festivals are ready to pay exorbitant fees, she is not one to complain. "My job is to try to maximise their [artists’] revenues whilst still giving the opportunity to the festival to make money too," she said. "Everybody has the ability to say no and say 'we do not have the ability to make that deal.’” The key issue, said Nostromo's Craig, was to keep "a vibrant festival circuit - nobody wants festivals to go bankrupt."

At last! That was the response from professionals to the announcement that by February 14, the Music Moves Europe initiative from the European Commission will launch the process for a preparatory action plan in the music sector. The news follows on from the allocation of €1.5 million (£1.32m) to fund projects in areas such as distribution, A&R development and international export of European music. The aim is to prepare for the launch of a full-fledged music programme in 2020. "The Commission's role is to make proposals and the member states and Parliament make the legislation," said Barbara Gessler, head of unit, creative Europe at the European Commission's Directorate-General for Education, Youth, Sport and Culture. "The Commission is aiming at having a proposal ready by this summer. Now is a deciding moment to look at the design of the next programme." Reacting to the news, Peter Smidt, creative director of Eurosonic Noorderslag, said it was a "huge step" that took years to reach. He already has his views on the next step: getting the European Council to vote for a programme that could total several hundreds of million euros, similar to the MEDIA programme supporting European AV/film industry. "Now, there is a sense of urgency that every minister of culture of every country goes to the Commission and tells them that they support the programme," he said.

Size isn’t everything for agents and artists

Banks - who represents such artists as Arcade Fire, Red Hot Chili Peppers, Lorde, Katy Perry and Florence & the Machine - warned about the risks for agents of taking on too many artists. "Every agent has to be careful not to sign too many artists, because you can have some disappointments," she said about managing clients' expectations. She recalled that she signed Jeff Buckley in 1993-94, following a four-hour meeting with him. “He told me that he did not want to play in big venues, and I said fine,” recalled Banks. “If to some people that's what they want, then that's fine. We all tailor what we do to according to what our clients want."

The ‘dirty’ business of secondary ticketing

Goldsmith turned his ire to the re-selling of concert tickets which he said has the effect of grossly inflating concert tickets, without benefits for the artists and at a considerable cost for fans. "The bands and fans are fleeced," said Goldsmith. For him, too many people, including artists, managers and promoters "have their hands in the dirty pies." He singled out those who indulge in the business of secondary ticketing for not paying taxes, not compensating artists and not bringing anything back to the industry. Goldsmith noted that there were moves to crush secondary ticketing in the UK, France and other countries, but so far, without enough effect. "In the UK we have not yet won the battle but have made headway," he said, calling for a global lobbying campaign to "sweep it away quickly."

Craig backed Goldsmith by calling himself "passionately against the secondary market." He added: "We take stringent steps top try stop it. Some bands don't care about it and that's fine. We feel that if we try to keep prices at a certain fee that we feel is appropriate, it is not for sites to charge absurd amounts of money."