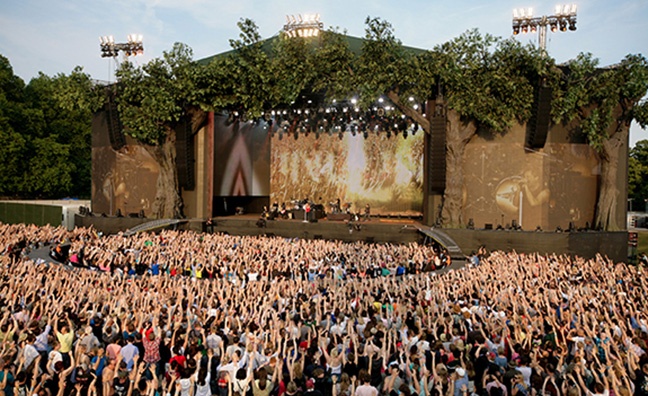 British Summer Time (BST) Hyde Park begins its fifth season tonight, with all six shows on course to sell-out, according to organisers.

Phil Collins kicks off the concert series this evening, supported by special guests Blondie and Mike + The Mechanics, alongside acts such as KC & The Sunshine Band, Starsailor and Chas & Dave.

Green Day and Justin Bieber headline on Saturday and Sunday respectively, with Kings Of Leon (July 6), The Killers (July 8) and Tom Petty & The Heartbreakers (July 9) set to follow next week.

“To have sold 350,000 tickets and have probably the best part of half a million people coming across the 10 days, including midweek, that's phenomenally successful for us and we couldn't have asked for any more.”

The Killers became the fastest BST show to sell-out since The Rolling Stones in the first year of the AEG Presents-promoted event back in 2013.

“It is different [selling tickets for a park show]. Some audiences prefer a seat and you have to respect that and work with it,” explained King. “Some audiences may not have been here before but they may have been to The O2 and Wembley Stadium many times so, in the initial sense, you're selling the venue as much as you are the act, which you don't always have to do if it's a stadium show, so there are other challenges.”

King was keen to emphasise the positives, however, hailing Hyde Park as “the best outdoor venue in the world”. “We're five years in now and we have an incredibly high repeat rate in terms of people coming back,” he said.

“I’m slightly biased but I think that what we do here is better for fans than any stadium experience. We offer three stages, amazing food and amazing bar choices - it's a great fan experience to come here and see the bands that you love. If you've been here before and we put on another band that you like, we're really confident you're going to come back - and that's ultimately what we're trying to achieve.”

King added that BST’s rock-heavy 2017 line-up was a consequence of artist availability rather than any deliberate shift in approach. “ “We don't purposefully go out to push it one way or another, we try and keep a balance across the genres,” he said. “We're very conscious that we, obviously, don't want to try and sell the same ticket twice and we think that the venue works for pop acts as it does for heritage rock acts, for instance, and everything in between.”