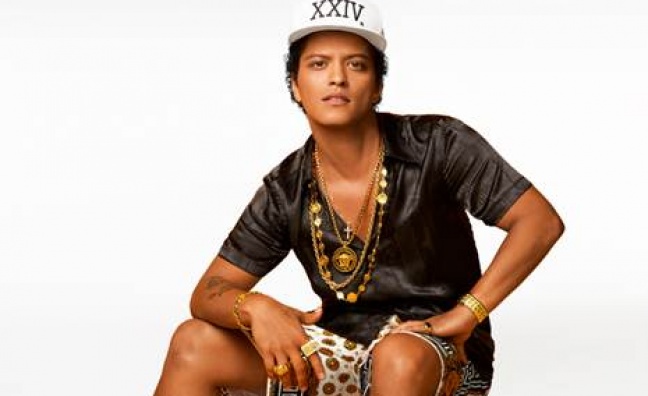 The multi-platinum superstar will appear on July 14, fresh off the back of his 24K Magic World Tour. The UK leg of the tour included four shows at The O2 in London. Mars will be joined at Hyde Park by special guest Khalid.

“Bruno Mars is unquestionably one of the best live performers of his generation and we're incredibly excited to have him bring his full production magic to Hyde Park," said Jim King, SVP of promoter AEG Presents.

Tickets go on sale on Friday (October 20). Mars is the second headliner to be confirmed for BST's 2018 season following Roger Waters, who will appear on July 6.

Entering its sixth year, the concert series has showcased the likes of The Rolling Stones, Taylor Swift, Black Sabbath, The Killers and Carole King.

Alun Mainwaring, head of events, filming and commercial development at The Royal Parks, said: “Barclaycard presents British Summer Time Hyde Park continues its momentum as the ultimate outdoor event of the summer by announcing another world renowned headliner to appear in this world famous park.

"Since it began, BST Hyde Park has been attracting the biggest artists on the planet and delighting sell-out crowds - which in turn has helped us to maintain this precious park.”

You can read Music Week's round-up of the best sets from the 2017 festival here.