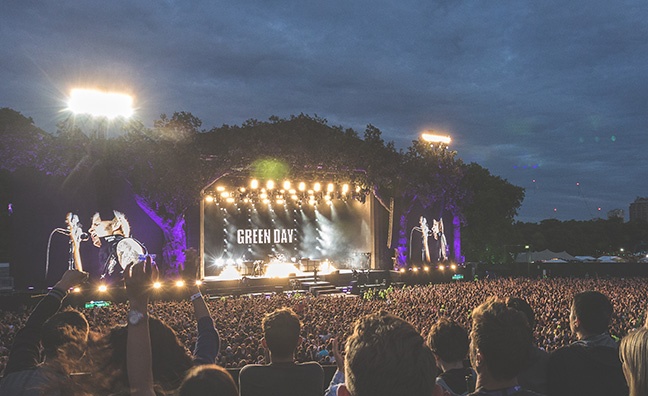 Another edition of British Summer Time Hyde Park has come and gone, but this year's vintage will live long in the memory.

Boasting headliners Phil Collins, Green Day, Justin Bieber, Kings Of Leon, The Killers and Tom Petty & The Heartbreakers, 2017 could justifiably claim to have been the AEG Presents-promoted concert series' finest to date.

Here, Music Week mulls over six of the biggest talking points to come out of the event...

The return of The Killers

Fresh from their surprise Glastonbury set, this was The Killers at the world-beating best. Las Vegas' finest (sorry Imagine Dragons) delivered a tremendous greatest hits set, interspersed with choice cuts from their 2006 classic Sam's Town and their cover of Joy Division's Shadowplay. Opener The Man was the only new material to receive an airing, but there'll be plenty more where that came from when the band return to these shores later this year.

All shows sold out

While The Killers provided the only quickfire sell-out, all six concerts were filled to 65,000-capacity by showtime - the first BST to achieve such a feat. Five years in, organisers look to have found their winning formula.

Ever since landing The Rolling Stones for the very first BST Hyde Park in 2013, promoters have managed to pull at least one rabbit out of the hat each year. In 2014 it was the reformed (or at least re-formed) Libertines, followed by The Strokes in 2015 and last year - the most surprising of all - the great Carole King. This year, it was the turn of Tom Petty And The Heartbreakers, secured for their only 40th anniversary European show of the year.

Another day in paradise

Phil Collins limped onto the stage assisted by a walking stick and stayed seated for his entire set. But any fears that would be to the detriment of his performance were misplaced, as the Genesis legend rattled off a plethora of evergreen pop gems while his 16-year-old son Nicholas marvelled on the drums. "I know I said I wouldn't do this again, but the truth is I've missed you all," said Collins in his opening address. Judging by the reaction of his audience, the feeling was more than mutual.

The closest thing to a disappointment at BST 2017, Kings Of Leon coasted through a set high on hits, but low on excitement. Latest album WALLS is decent enough, but the 2010s have not been kind to one of the best bands of the 2000s. Where do they go from here?

Blondie, Rancid, Martin Garrix, Pixies, Tears For Fears, Elbow, Stevie Nicks(!)... It wasn't just those at the top of the bill who shifted all those tickets; all days featured stellar supporting casts. It'll be a tough act to follow but, with no Glastonbury in 2018, three would-be headliners will be searching for an alternative stage for their talents. You can bet your bottom dollar that BST will be primed at the front of the queue.