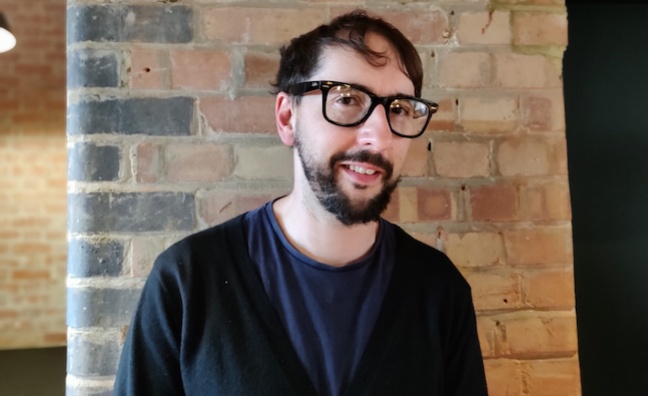 Paul Reed will step down as CEO of the Association of Independent Festivals (AIF) in November, after nine years at the trade body.

Reed served as general manager and then CEO of the organisation, which has seen its membership grow from 40 to 95 under his leadership. AIF now represents just under half of all UK festivals that are 5,000-plus capacity.

Since joining in 2013, Reed has overseen a complete revision of AIF’s offering to members and established the trade body as an influential champion for the independent festival sector.

Through lobbying and representation at the top of both the music industry and national government, AIF has won a number of key battles for independent festivals. Among them are convincing the Home Office to not undertake a detrimental review of Special Police Services charges for events; achieving a reduction in the PRS rate for festivals following an industry-wide, three-year negotiation; and triggering parliamentary debates on business rates for festival and event sites.

During the Covid-19 pandemic, Reed was a key player in terms of lobbying and working with the UK government and media to make sure members’ businesses were recognised and protected. Reed had continuous liaison with the government, offering ministers expert guidance, impact surveys and detailed reports to push for meaningful interventions.

AIF successfully lobbied government for explicit festival inclusion in the Culture Recovery Fund, and subsequently supported each member festival application, 70% of which were successful, unlocking over £11m in crucial survival funds for festival promoters.

Reed also executed multiple digital and media campaigns during his tenure. These covered important issues including action against sexual violence and promoting safer spaces at festivals; and key environmental initiatives such as reducing single use plastic on-site at festivals and encouraging festival-goers to take their tents home.

Within the organisation, Reed spearheaded a significant operational restructure, taking AIF from being a division of the Association of Independent Music (AIM) to becoming an autonomous limited company in 2018.

The AIF board are now seeking a successor, with application information available on the AIF website.

Paul Reed said: “Leading the AIF for nine years has been an incredible journey, and I’m proud to be leaving an organisation with a growing membership that has real influence on government and wider industry. AIF has achieved some hugely impactful public campaigns and remains very visible and responsive to the needs of its members.”

“The organisation rose to the challenge of representing and supporting members throughout the devastating impacts of Covid. With the first full festival season since the pandemic drawing to a close, it feels like the right time for me to seek new challenges, and an opportune time for AIF to appoint new leadership.

He added: “I hope to share details of my next steps in the music industry soon but, in the meantime, I would like to thank all the AIF members who have supported us, as well as board members, past and present and the partners and the staff I’ve had the pleasure of working alongside.

“Despite the challenges independent festivals continue to face, doing this job has been an enormous privilege and hugely enjoyable. The contribution that AIF members make to the UK on an economic and cultural level is undeniable, not to mention the immeasurable impact festivals have on well-being and mental health. The sector will remain close to my heart, and I look forward to seeing AIF and its membership continue to thrive.”

Zac Fox, AIF board member and COO of Kilimanjaro Live, said: “These are going to be big boots to fill. Paul has done an incredible job for the AIF, raising the profile of independent festivals, and ensuring their voices were heard alongside the global corporations. His work during the pandemic was exemplary, and it's arguable that the survival of a number of festivals could be attributed entirely to what he achieved on their behalf. He’ll be very much missed by our entire industry, and I envy those who he’ll be fighting for next.”

AIF vice chair and We Are The Fair CEO Nick Morgan said: “Paul has been instrumental in the success of AIF over the last nine years, lobbying various government departments to ensure we as an industry are never forgotten. Paul was one of the key industry figureheads during the pandemic fighting on behalf of the independent festival sector, ensuring the DCMS better understood our sector during one of the most turbulent periods in our industry’s history.”