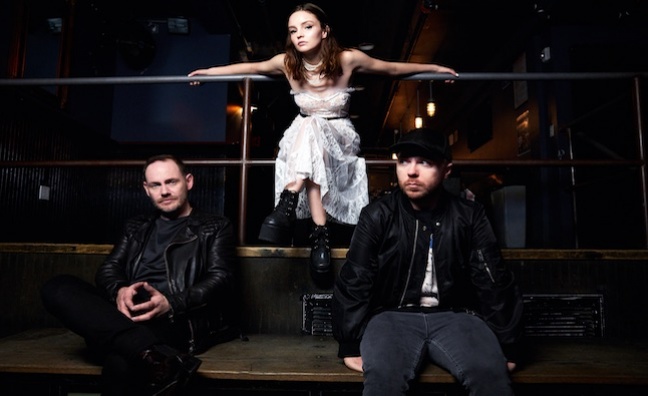 Scottish electropop outfit Chvrches have announced a series of UK and Ireland tour dates in February next year.

The tour will begin with a night at London’s Alexandra Palace and includes a homecoming show at the SSE Hydro, Glasgow. The band will also complete a headline US arena tour from August to October this year, and a European tour in November.

The tour follows the release of the band’s May 2018 release Love Is Dead.

The announcement comes in the midst of the band’s run of summer festival performances, including Trnsmt, Parklife and Citadel in the UK, NOS Alive and Primavera in Europe and The Governors Ball and Lollapalooza in the US.

Below is a list of UK tour dates for February 2019: