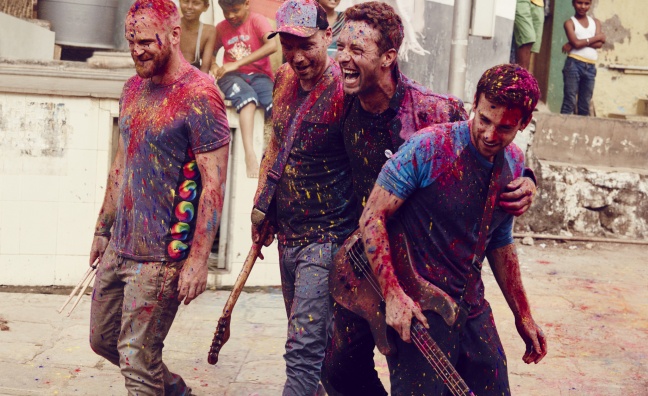 Coldplay's Flock Of Birds Touring company made a profit of £38.4 million on turnover of £63.7m in 2017, according to documents filed with Companies House.

The revenue comprises £59.1m from performance fees and promo support and £4.5m from merchandise income and royalties. Their latest album - A Head Full Of Dreams - was released in 2015.

It follows the conclusion of Coldplay's epic 2016-17 A Head Full Of Dreams Tour, which became the third highest grossing global tour of all time.

The band played to almost 5.4m fans on the Live Nation-promoted tour, which spanned 114 shows in 76 cities and 31 countries, with two legs in Latin America, two in both Europe and North America, one in Australia, and one in Asia.