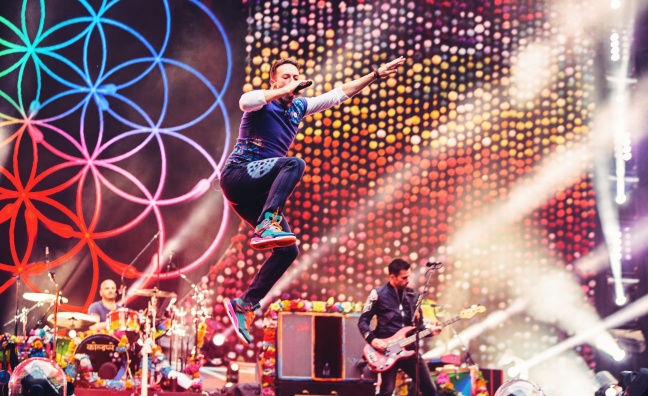 Coldplay's epic A Head Full Of Dreams Tour has become the third highest grossing global tour of all time.

The band have played to almost 5.4m fans on the Live Nation-promoted tour, which spanned 114 shows in 76 cities and 31 countries, with two legs in Latin America, two in both Europe and North America, one in Australia, and one in Asia.

According to Official Charts, A Head Full Of Dreams, the band's seventh studio album, has sold 1,133,823 copies in the UK to date.

Click here to revisit Music Week's report on Coldplay's 2016 live odyssey and here for our interview with frontman Chris Martin and drummer Will Champion.