Crosstown Concerts' Paul Hutton: 'The days of the big camping festivals are over' 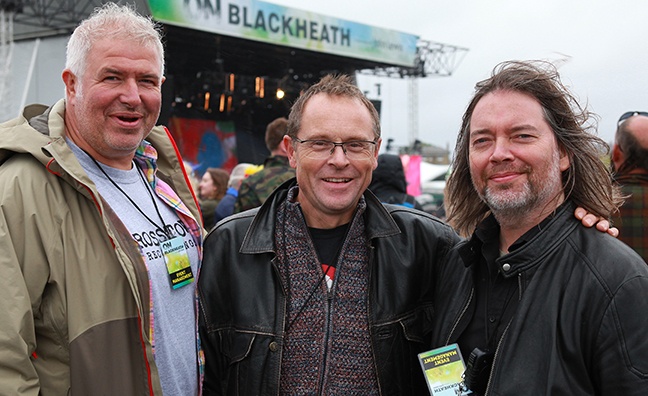 Crosstown Concerts co-founder Paul Hutton has told Music Week that the rise of localised festivals has contributed to the struggles of major camping events.

The long-running V Festival and T In The Park have both fallen by the wayside in recent times and Hutton believes that, Glastonbury apart, the days of the "mega festivals" are numbered.

"Obviously Glastonbury is in a separate world, but I think the days of the big camping festivals are over," said Hutton, who spent upwards of 20 years as a promoter for V Festival stakeholder Metropolis Music prior to launching Crosstown in 2016.

“V was the pre-eminent festival in the UK for at least five years, but then time caught up with it because fashion changed."

He added: "Another thing that has affected a lot of the bigger festivals has been the rise of localised ones like Kendal Calling. People that go there would previously have gone to T In The Park or maybe Leeds/Reading, but they don’t need to do that now because they’ve got something on their doorstep. That’s been a crucial change.”

There are so many festivals now, it's hard for an event to change your future in a sizeable way

Crosstown runs one-day Bristol festival The Downs, which is set to star Lauryn Hill, Grace Jones, Loyle Carner and Idles this summer, and the Bristol Sounds concert series, which will feature the likes of Elbow, Bloc Party and Tom Misch over the Glastonbury weekend in June.

"The key to it is that they are one-day events and, if it rains, you can go home at the end of it," said Hutton. "No one wants to go into a tent when you're soaking wet and you know you're going to be soaking wet the next day, but you can put up with it for one day."

The company also had a dalliance with OnBlackheath in 2017, which disappointed at the box office, and Hutton admitted to concerns over the number of festivals flooding the market.

“Also, [festivals] are putting big exclusions on certain acts – three or four months either side – which is fair enough because you want your event to look a bit more special. But it’s not helping us and I don’t think it helps the bands in the long term.”

Subscribers can read the full interview with Hutton from this week's edition of Music Week here.