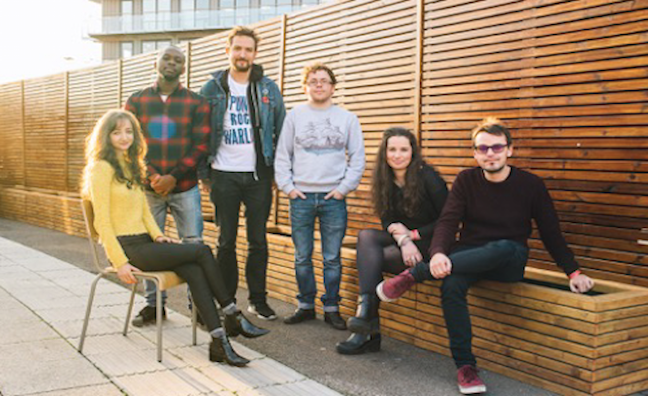 Details of Frank Turner’s four-day Lost Evenings festival at London’s Roundhouse have been revealed, with a number of live performances and seminar sessions set to take place across the event.

Running from May 12-15, the festival, which is held in collaboration with OneFest – an organisation which aims to support up and coming talent across the music industry – will see Turner curate the festival and perform on each of the four nights.

On Friday, May 12, Frank Turner and The Sleeping Souls will perform a greatest hits set entitled Last Minutes and Lost Evenings, with support from Brian Fallon and The Crowes. On Saturday, Turner will perform his debut album Sleep Is For The Week in full as it celebrates its 10th anniversary. Seth Lakeman will support him on the night.

On Sunday, Turner will ‘resurrect’ London venue Nambucca’s former club night Sensible Sundays, with Scott Hutchinson from Frightened Rabbit performing on the bill. Closing Lost Evenings on Monday, May 15, Frank Turner & The Sleeping Souls team up with DJ Huw Stephens and his Label Of Love show to feature Xtra Mile Recordings and showcase the talent on its roster. The first artist to be announced is Skinny Lister, who are also the main support act for Turner’s second greatest hits set, which will close the festival.

In addition to the evening performances, OneFest will run a variety of panels and workshops during the day, offering advice to young people looking to establish themselves in the music industry.  The full programme of events will be supported by official partner Radio X, who which will host an additional stage featuring up and coming talent selected by broadcaster and DJ John Kennedy.

The OneFest element of the event will be part-produced by six young adults aged 18-25 who are currently undergoing professional development programmes within the industry.

Speaking about his partnership with OneFest, Turner said: “As an artist who worked their way up from the ground floor, I totally understand the challenges involved in carving out a meaningful and sustainable career within the music industry. OneFest plays a critical role in helping young talent get their first significant break, along with arming them with the tools and the knowledge to get ahead. I’m delighted to be collaborating with OneFest as I recognise only too well the importance of opportunity and the right kind of support to help new and young talent into the business.”