Don Broco link up with Spotify for Alexandra Palace show 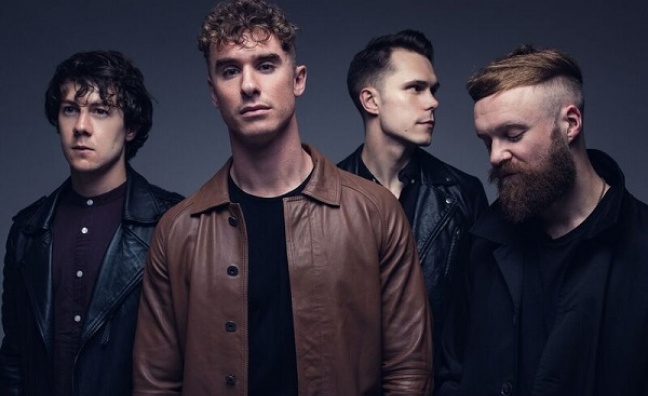 A successful link-up with Spotify has put Don Broco on course to sell out London's 10,400-capacity Alexandra Palace.

The rockers, whose most recent album - 2015's Automatic - peaked at No.6 in the albums chart and has sold 32,822 copies to date, according to the Official Charts Company - will play their only UK headline show of 2017 at Ally Pally on Saturday, November 11.

Their management, Raw Power, worked directly with Spotify on its Fans First initiative, in tandem with booking agency UTA's digital and marketing teams, which identified around 25,000 Don Broco fans on the platform in London and surrounding areas. Those fans were then offered access to pre-sale tickets for the Ally Pally concert - the band's biggest headline show to date.

"Thanks to our promoters at Kilimanjaro Live, we had the mechanism to offer Broco superfans early access to tickets," Raw Power Management's digital manager Phil Birch told Music Week.

"The response far out-performed other ECRM (electronic customer relationship management) promotions we've run in the past, being that it's highly targeted and relevant. We attribute this to the superior targeting and relevance offered by Spotify."

"After this exclusive pre-sale and our first weekend's on-sale alone, the band smashed over 40% of the capacity of Alexandra Palace and tickets have continued to fly out of the door," added Birch. "We couldn't be happier with the work everyone's put in to making this happen and will look to make more promotions like this happen in the future."